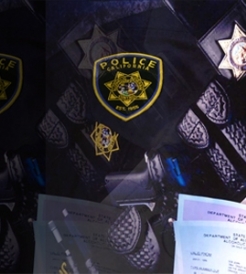 Rarely a week goes by without a headline that states a store clerk, bartender or patron has been busted for selling or providing alcohol to someone under the age of 21.

Our California Statewide Law Enforcement Association(CSLEA) members who are agents  with the California Alcoholic Beverage Control  conduct operations using minors as decoys on a regular basis.

On Monday, February 25, 2013,  ABC agents worked with Hemet Police Officers and cited a store clerk for selling alcohol to a decoy under the age of 21.  They also cited a patron who furnished alcohol to  the underage decoy.

"ABC agents are committed to the fight against underage drinking, and for good reason," said CSLEA President Alan Barcelona.  "Under 21 drivers who have been drinking are involved in fatal crashes at twice the rate of adult drivers."

Alcohol is often a factor in injuries, homicides, suicides and car crashes, four leading causes of death of 15-to-20 year olds.

"ABC agents,  along with local law enforcement officers, involved in the decoy operations visit as many as 6,000 establishments a year in this state.  There is no question we're putting a dent in underage drinking," said Kevin Highbaugh, ABC agent and president of the California Association of Special Investigators (CASI).  CASI is an affiliate of CSLEA.

"ABC agents and licensing representatives are a great group of hard working people whose efforts help keep our streets and neighborhoods safe," said Highbaugh.   Our agents are now involved in nearly every aspect of law enforcement and ABC licensing representatives play a huge role in determining whether the issuance of an ABC license to a person or premises would be contrary to public welfare and morals."