DOJ Criminalists Solve Oakland Museum Artifact Theft Give Them An Hour, They'll Give You Your Guy 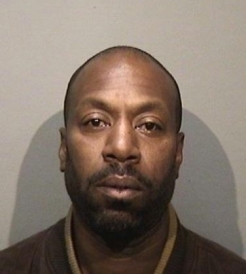 t is an intriguing story of "who done it?" and  our California Statewide Law Enforcement Association (CSLEA) members who are criminalists in the Department of Justice (DOJ) get overwhelming kudos for solving an Oakland  Museum mystery.

"Our criminalists in the lab are like officers with handcuffs out in the field,"  said CSLEA President Alan Barcelona.   "They're going to make the bust.   And in this case, remarkably, it took only an hour."

Oakland police were searching for a brazen thief who, twice,  broke into the Oakland Museum of California.  On November 12, 2012, the thief made off with a mid-20th century six-barrel pistol and gold nuggets.   The thief returned January 7, 2013 and used an ax to break into the museum and to smash two glass display cases.  The thief stole items from the California Gold Rush exhibit, an $805,000 gold jewelry box made around 1870 and a gold-mining scale.

The theft took all of a minute but the thief left behind a clue, an ax cover.   Oakland police swabbed the ax cover for DNA and developed a profile.

On January 22, 2012, DOJ criminalists in the Combined DNA Index System (CODIS) Unit responded to a request for an immediate search of the profile from the ax handle.   Two DOJ criminalists went to work, got a hit and were able to notify Oakland police within  an hour.

“I know, I’m probably beginning to sound like a broken record, but this once again highlights just how invaluable the DNA database is," said John Miller.  Miller is  president of the Association of Criminalists for the California Department of Justice (AC-DOJ), a CSLEA affiliate, and a senior criminalist with DOJ.  "In this particular case it was a burglary. It could just as easily have been a homicide. In any event, the suspect was identified almost immediately, which not only hastens the capture, but also saves taxpayer dollars by making law enforcement more efficient, since they are able to concentrate their efforts right away on apprehending the right person rather than winnowing through multiple suspects.”

The DOJ criminalists took the DNA profile of somebody unknown and connected it to a name which lead to the arrest of  Andre Taray Franklin, 45,  on March 3, 2013.  Franklin's DNA profile was on file because Franklin is a convicted felon and state law requires convicted felons to give samples.

At the time of his arrest, Franklin was reportedly wearing shoes like those captured on surveillance images during the January break-in.  Investigators reportedly found other evidence linking Franklin to the crimes as well, including cell phone photos and text messages.

The stolen mid-20th century six-barrel pistol and gold nuggets taken in the November burglary have not been located, but investigators recovered the 19th century gold jewelry box taken in January.  Franklin allegedly sold it to a business owner for $1,500 and then threatened to report the man to police if he didn't received another $10,000 from the business owner.

Franklin was originally charged with receiving stolen property in a case filed by Alameda County prosecutors but he will likely face a heftier federal charge of stealing an object of cultural heritage from a museum.