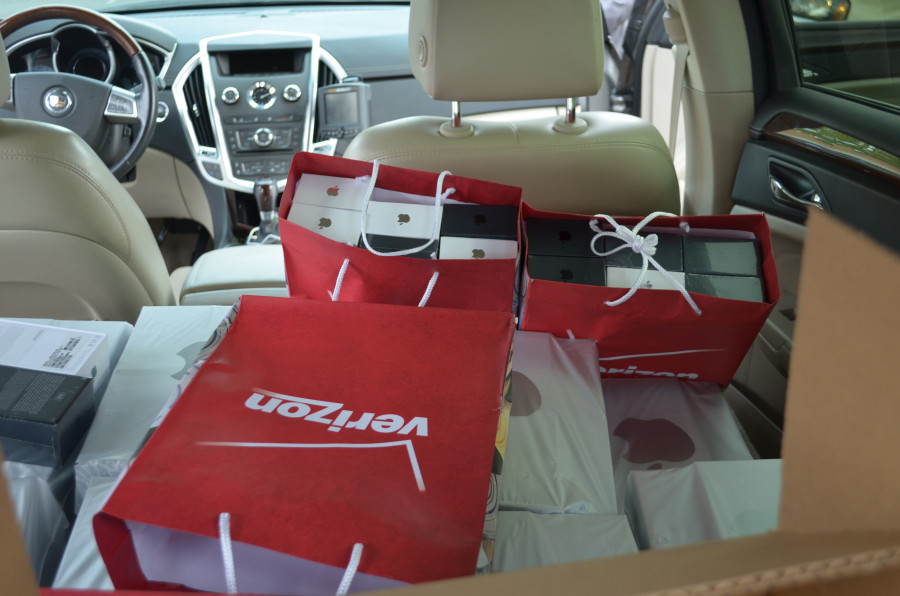 A Sacramento couple, arrested and charged, is accused of buying hundreds of stolen smartphones from across the nation and reselling them in Hong Kong to rake in nearly $4 million dollars in less than a year.

The couple's alleged  illegal activity was uncovered by our California Statewide Law Enforcement Association (CSLEA) members who are special agents in the California Department of Justice eCrime Unit.

"According to the criminal complaint this was going on for about 10 months," said CSLEA President Alan Barcelona.  "This couple unscrupulously took advantage of the homeless as a way to obtain smartphones and according to the complaint, they produced about $60,000 cash to buy smartphones from special agents working undercover."

Shou Lin Wen, 39 and Yuting Tan, 27, both of Sacramento, were arrested on March 6 and arraigned on March 12.  They are charged with eight felony counts of money laundering, grand theft, possession of stolen property and conspiracy.  They are being held in Sacramento County Jail on $1 million bail each.

According to the complaint, the two, along with co-conspirators, recruited people from homeless shelters to sign up for multi-year phone service contracts that let them buy up to five smartphones at a discount.  The co-conspirators would pay the homeless a small amount and then send the phones to Wen and Tan in Sacramento.  Wen and Ten are reported to be the scheme's ringleaders, who allegedly shipped the phones to Hong Kong, where they can be sold for as much as $2,000 each.  The charges allege they had no intention of paying the service contracts which make the phones, "stolen."

According to a DOJ press release, the couple met with undercover special agents in a Sacramento parking lot and offered to pay more than $60,000 cash for 163 phones.   The complaint alleges the two drove to two banks and returned to the parking lot with at least $50,000 cash.