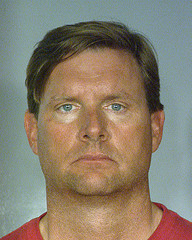 Who would not give a high-five to our California Statewide Law Enforcement Association (CSLEA) members who are investigators with the California Department of Insurance (CDI) after learning of this bust?

CDI investigators led the way in a lengthy and complex investigation  that resulted in the arrest of a husband and wife accused of selling in-home service agreements to seniors for services that were then denied or never delivered.

Michael Woodward, 50 and his wife, Melissa Woodward, 47, were arrested earlier this month at their home in Las Vegas.  They were recently arraigned in a San Diego courtroom where they were charged with 11 felony counts including burglary, grand theft and  theft from an elder.  They are accused of scamming 230 San Diego area senior citizens out of nearly $2 million.

"Who does that?" asked CSLEA President Alan Barcelona.  "Preying on the elderly, taking their money and stealing their peace of mind,  is unconscionable.  The investigators deserve a huge thank you for what had to have been a painstakingly, detailed and complex investigation and seeing it through to arrest and arraignment." 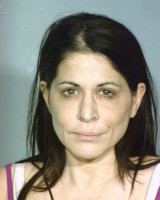 For more than a decade the Woodwards allegedly ran a $6 million scam taking money from seniors in 10 states while operating under numerous aliases and bogus businesses.  The Woodward's allegedly sold fraudulent in-home, non-medical senior service contracts for things like cooking, cleaning, bathing, dressing, laundry and shopping and then failed to provide the services promised. Inexpensive claims such as requests for housecleaning were often paid, but when victims made claims that were more expensive, the Woodwards rejected those  claims.  They also allegedly returned to victims'  homes to collect additional premiums that were well beyond the original cost of the plan.

Investigators believe there are additional victims in Riverside and Orange counties and possibly throughout the state.  Anyone who suspects they or someone they know is a victim should call the Department of Insurance at 800-927-4357.