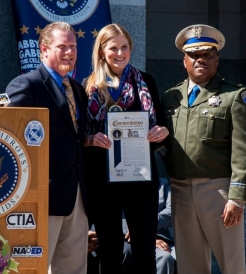 Every year 9-1-1 for Kids hosts this awards ceremony to honor the extraordinary and courageous actions of California kids and 9-1-1 dispatchers during emergencies.

"I feel honored to be here," Welsh told CSLEA.  "It's so important that we do everything we can to help  people on the other end of the line."

Welsh was recognized for her compassion and forethought during a 9-1-1 call with a seven-year-old child.  The child dialed 9-1-1 on his mother's cell phone because his mother was having a seizure.  The child could not convey his location to Welsh.  Welsh asked him if he was at home.  He said no.  She then asked him whether he was at a hotel and he said, "I think so." 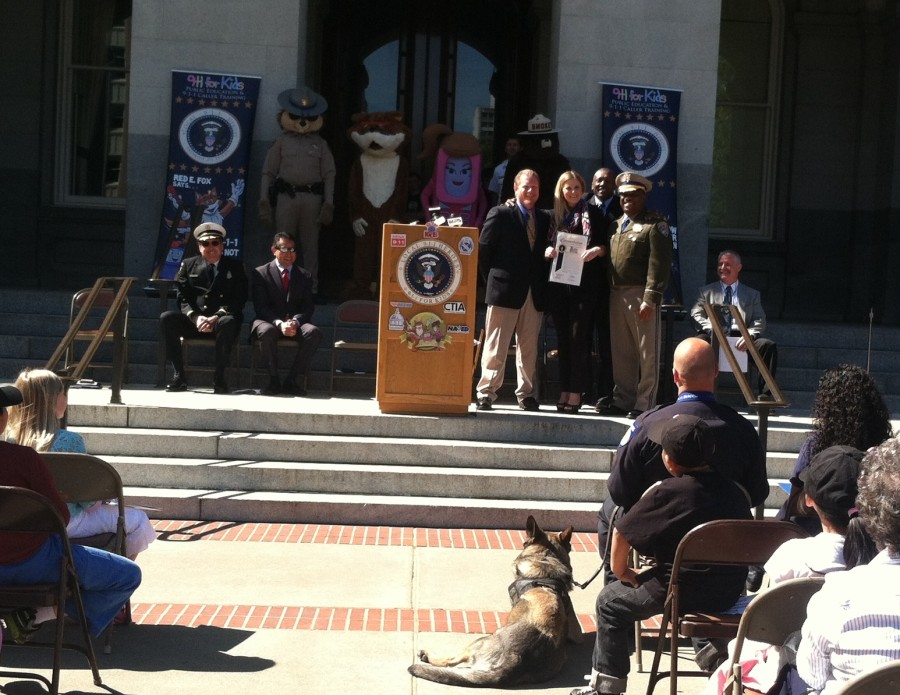 As Welsh used the technology available to her to try to determine what city the boy was calling from, she asked the child to look around the room for a telephone, she guided him to the nightstand and encouraged him to call the hotel operator.  No one answered.  She determined the boy was calling from Oakland.   She instructed the child to call 9-1-1 from the hotel room phone and placed a three way conference call to the Oakland Fire Department, keeping the child on the line.  She narrowed his probable location as Motel 6.  Within seconds, the Oakland Fire Department received the child's landline call to 9-1-1 and verified the location.

Welsh then asked the child to open the motel room door and look for a number to avoid firefighters having to a room to room search.  He was able to relay what room number he was in.  When a motel security guard arrived and Welsh was confident Oakland's dispatcher had the information needed, Welsh relinquished the call to the Oakland Fire Department.

Welsh kept the child calm and focused and carefully walked him through this traumatic event.  She ended her call with him by telling him he had done a fantastic job.

"So many dispatchers handle these types of calls every day," said Welsh, making a point she received her award in recognition of all public safety dispatchers.  She admits, receiving 9-1-1 calls from children can be a challenge.   "We have to think outside of the box.  We have protocols, but we have to think on our feet because that could save someone's life." 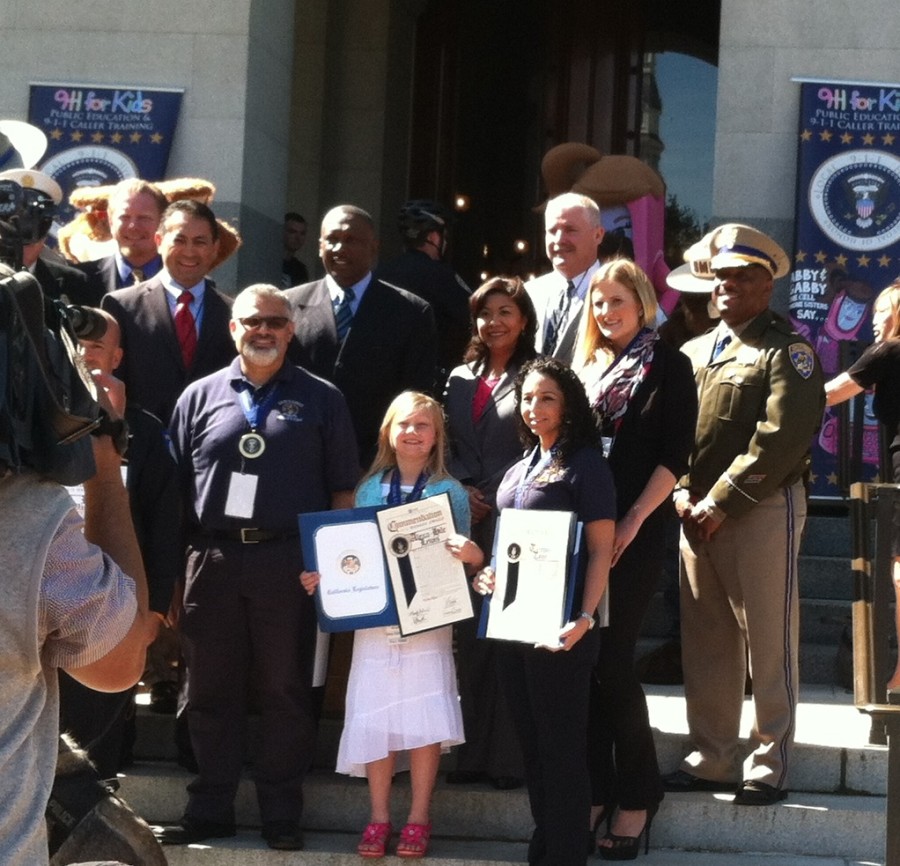 Welsh was extremely proud to have her family with her at the awards ceremony.  Her grandfather is a retired CHP patrolman and her niece is working to become a CHP dispatcher.

She did not get to meet the young man she helped but gives him all the credit.   "He did all the work."

"As we embark upon National Public Safety Telecommunicators Week next week, we want to congratulate Public Safety Dispatcher Welsh," said CSLEA President Alan Barcelona.  "We also want to acknowledge all of our CHP public safety dispatchers and our CalFire communications operators, who also answer 911 calls for emergency help.  Their  incredible work in emergency response saves lives and we know their jobs are incredibly stressful."

"I, too, would like to congratulate Katie Welsh," said Tina Brazil, President of the CHP Public Safety Dispatchers Association , a CSLEA affiliate.  "She is a tremendous role model and deserves the recognition by 9-1-1 for Kids.  That is a terrific program that teaches children about how and when to call 9-1-1."