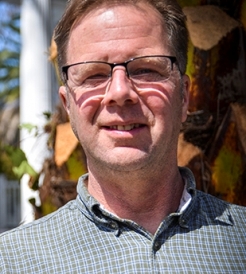 At the California Conservation Corps (CCC)  they often say, "We grow our own."  And that seems to be the case with Conservationist-II Shawn Fry.  Fry joined the CCC as a corps member back in September of 1980 and now 33 years later he is leading people along  the very path he started out on.

Recently promoted to Conservationist-II, Fry also serves as vice president of the Association of Conservationist Employees (ACE), an affiliate of the California Statewide Law Enforcement Association (CSLEA).  "I got involved with the associations because I didn't think people were doing anything for me," said Fry.  "Like a lot of conservationists, I wanted to know where my money was going."  Since then, Fry said, he has learned a lot.

For decades, his CCC career has been in Redding, but he started out in Southern California at the Owens Valley Fire Center.   The following year he transferred as a corps member to resource protection training at the California Department of Forestry in San Diego.

Branching off from CCC, Fry worked as a CDF seasonal firefighter for seven fire seasons, eventually he became a fire apparatus engineer in Shasta and Trinity counties.  When seasonal firefighting work became a hardship for his family, Fry applied for a conservationist-I position with the CCC.

"I worked as part of the used oil recycling education program," recalled Fry.  "And I trained my first CCC fire crew.  That was a new and challenging experience."

At one point, as a fire crew supervisor, Fry had the only CCC fire crew in the state. 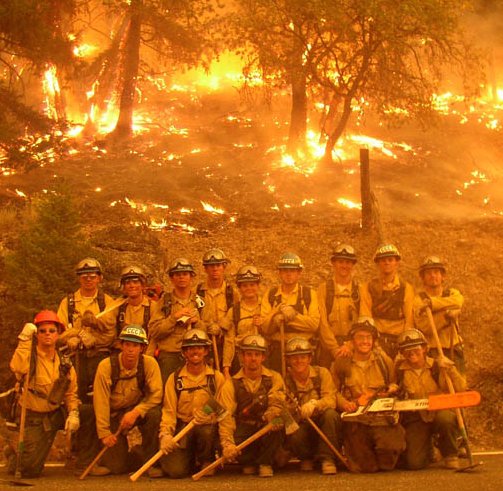 In the summer of 2008, Fry and his newly certified crew of 20 corps members  were dispatched to the Motion Fire in Shasta County .  Under his supervision, the young men and women carried  40-pound packs and armed with axes or chainsaws, they  cut fire breaks for a 24-hour shift.  The corps members told reporters they were hot, sweating and had blisters on their feet but loved what they were doing.

“Our corps members are highly motivated and hard-working,” said then-crew boss Fry. “We look forward to training more to fight fires during this fire season.”

Fry  and his crew went on to spend 75 days responding to northern California wildfires during 2008's busy fire season.

"Seeing corps members succeed is the best part of my job," said Fry.  "Watching them succeed in their fire careers is beyond rewarding."  Fry estimates more than 40 corps members that he has supervised have moved on to become firefighters with other agencies.  Other corps members have become CCC conservationists.

As vice president of ACE, Fry hopes to educate conservationists about the importance of labor associations.  "Public safety is constantly being attacked," said Fry.  "And while you're on the front lines of public safety, fighting a fire, you need someone on the front lines of politics, fighting for you, your rights, your future and that's what associations do and it takes money to do it.  That's what I tell other conservationists."  Fry also stresses the importance of having a legal defense fund, should you need it.  All benefits of being a full dues paying member of CSLEA.  "It's protection you want."

Fry said he will always lead by example and practice what he preaches, and with no plans to retire anytime soon, he is likely to be "leading" and "preaching" for quite some time.  "CCC was my calling."