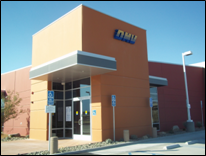 When Riverside County Sheriff's deputies went to investigators at the Department of Motor Vehicles (DMV) and said, 'Help us, we have a problem,'  those investigators went to work.

The problem?  Reports from two people that their credit cards had been stolen and used, something they noticed shortly after they had conducted business at the DMV office in Palm Desert.  It happened in January and again in March, 2013.

DMV investigators assisted the sheriff's department by identifying the one employee who conducted the DMV transactions with both victims.

On Thursday, April 18, 2013, DMV employee Martin Mendoza, 24, of Desert Hot Springs, was arrested for theft and credit card fraud and booked at the Riverside County Jail in Indio.

"It's never a proud moment when you have to investigate an employee from your own department," said Kenny Ehrman.  Erhman is president of the Association of Motor Vehicles Investigators of California (AMVIC), an affiliate of the California Statewide Law Enforcement Association(CSLEA). He is also a DMV investigator. "For the size of our investigations unit, it is amazing the amount  of work we do, the arrests we make, the amount of criminal investigations, the criminal filings, the volume of work that is done by our small agency.  A lot of people aren't aware of the job we do.  Investigating DMV employees, when required, is a part of that job."

Martin was released on $5,000 bail and is scheduled to appear in court June 20.