For the past year and half CSLEA and PORAC have been working together to find a way to better combine efforts to further enhance the positive relationship that has existed. CSLEA and PORAC appreciate that labor organizations, including public safety groups, are facing aggressive attacks on employee pensions and collective bargaining rights in general. That is why it is even more important for groups to stand together as one to rebuff these assaults.

On March 28, 2013, PORAC President Ron Cottingham, PORAC Vice-President Mike Durant, PORAC Legal Defense Fund Legal Administrator Ed Fishman, and PORAC Insurance and Benefits Manager Maria Jimenez gave a presentation to the CSLEA Board of Directors on the political advantages and numerous benefit plans that are available to PORAC members. The CSLEA Directors were very impressed and since the board meeting CSLEA has been working with its affiliate organizations to educate members on the savings which can be achieved through PORAC's benefit programs which would more than offset the increase in general dues to pay for PORAC membership.

Simultaneously, CSLEA staff has been working with PORAC in furnishing membership classification information to assess benefits eligibility under the various PORAC plans. Unfortunately, due to the complex makeup of CSLEA membership as well as benefit eligibility issues unrelated to CSLEA, it was agreed that the move to PORAC should be temporarily postponed.

PORAC President Ron Cottingham expressed a bit of frustration over the obstacles:

"At the time of our presentation to the CSLEA Board we did not foresee the issues that would be raised in the analysis by our Insurance & Benefits Committee and consultants. However, my staff and I stand committed to work through these issues so that CSLEA is in the best possible position to take advantage of all of the great benefit programs PORAC offers as we work through the membership process."

CSLEA  President Alan Barcelona said the benefit eligibility issues will be worked out and he is confident that CSLEA will soon become a PORAC member organization: "PORAC and CSLEA both realize the value each organization brings. Together we are exponentially stronger than we are individually." 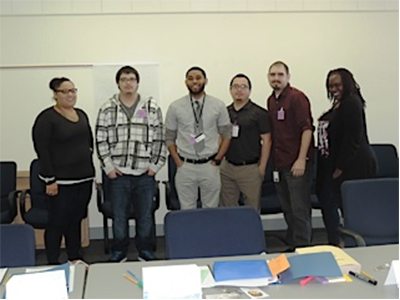