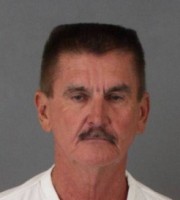 When Department of Motor Vehicles (DMV) investigators were tipped off something was not right with the fee-exempt government license plates on a car being driven erratically in Riverside County, they went to work and uncovered 17 vehicles registered to a fictitious fire district.  The common denominator?  Canyon Lake ex-city employee Patrick Joseph Colleary.

Colleary was arrested back in November and, on Monday, April 29, pleaded guilty to forgery in an agreement with prosecutors.  Colleary is accused of registering vehicles to the Menifee Wildomar Fire District, a district that does not exist.  Using falsified paperwork,  he was then issued fee-exempt government plates which would have allowed him to avoid paying taxes and fees.

Menifee and Wildomar are cities in Riverside County with fire services provided by Riverside County .  Colleary is a former firefighter and had, at one time, created a proposal to form a city fire department.

"If citizens see something that isn't right, by all means they should notify law enforcement," said Kenny Ehrman, president of the Association of Motor Vehicle Investigators of California (AMVIC), an affiliate of the California Statewide Law Enforcement Association.   "DMV investigators are experts in cases involving fraud and are often called on to help other law enforcement agencies."

Colleary was sentenced 105 days in jail/work release program and three years probation.  He was also ordered to pay fines and restitution.

Information from: The Press-Enterprise, http://www.pe.com