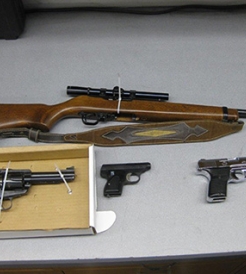 When Lompoc police suspected there was evidence of a violent crime that was committed  back in January inside a garage,  they called on California Department of Justice (DOJ) criminalists to process the scene.  Even though the crime was committed more than six months ago,  DOJ criminalists uncovered the evidence police were looking for.

Their work is part of an eight-month investigation  into a kidnapping, torture, drug, gun and gang case that has resulted in the arrest of at least 12 gang members and the seizure of nearly two pounds of methamphetamine, cocaine, firearms and a large amount of cash. 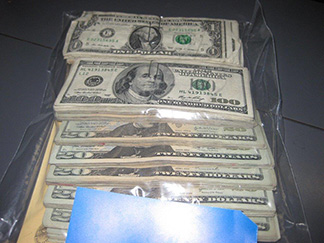 "I think the team of criminalists who processed the scene of a violent crime that happened six months ago are among the heroes who investigated  this case,"  said Alan Barcelona, president of the California Statewide Law Enforcement (CSLEA).   CSLEA represents DOJ criminalists and 7,000 public safety and consumer protection professionals who work for the state of California.

The case  began as a drug investigation  last October and became linked to the kidnapping and torture of a man on January 3, 2013.   Lompoc police are calling the impact of this bust "huge" because of the kinds of suspected criminals they arrested.   The case involved street gang members who were trafficking drugs and guns with a gang leader who is suspected of collecting "tax" money from them and sending some that money  to leaders of the prison gang.

The suspects are expected to be arraigned on Monday, June 19. 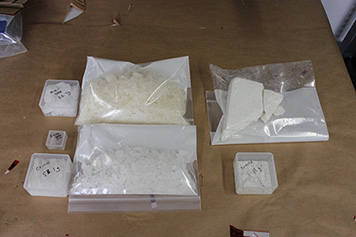 “On June 6, 2013 the Lompoc Police Department culminated an 8 month criminal investigation into the inner workings of the Surenos Prison gang in Santa Barbara County.  An influential gang member was directing others to collect a tax from drug dealers in the county.  Additionally, another investigation developed that identified the same member and others into a kidnapping for extortion case.  The Department of Justice Bureau of Forensic Sciences Lab Team in Santa Barbara was asked to process the location believed to be the crime scene of the kidnap/assault.  The Team was able to locate key forensic evidence in a garage that will be instrumental in the prosecution of several gang members. Much of this evidence may have gone undetected without the expertise demonstrated by the DOJ Team. Other evidence was recovered in the investigation including drugs, guns and money. The Lompoc Police Department is deeply grateful for their assistance and their outstanding performance.”