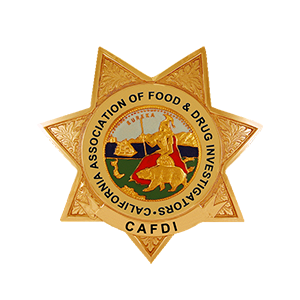 When California Department of Public Health (CDPH) investigators saw a whistleblower's account about Sysco Food storing meat, milk and produce in outdoor San Francisco Bay Area storage units that are meant for household items like furniture and garage items, they immediately stepped in.

At the center of the investigation is Sysco Corporation, one of the largest distributors of food in the country.  CDPH investigators stepped in after a July 9 television report on NBC Bay Area showing meat, dairy and produce products being dropped off at neighborhood storage units and left for hours, or longer,  without refrigeration.  The television station reported, in some cases, Sysco representatives would pick up the food in passenger cars and deliver it to restaurants but they were not  always direct deliveries.  The station reported one Sysco employee stopped to pick up a friend and stopped for coffee before making the food delivery.

"The work these  investigators do year round is rarely seen except in publicized reports of jaw-dropping violations such as this one reported by a Bay Area TV station," said CSLEA President Alan Barcelona. CSLEA represents CDPH investigators as well as nearly 7,000 other law enforcement, public safety and consumer protection professionals who work for the state of California.  "Our investigators work daily to protect what's on our plates.  No one wants to become ill or die from food that is handled improperly."

Sysco delivers food to restaurants, schools and hospitals and now faces fines of up to $1,000 for each violation.