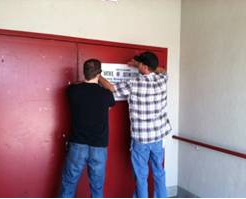 Agents began investigating the club after the death of a 19-year-old Riverbank woman in early 2011.  The body of Monica Landeros-Jimenez was found in a field west of Highway 99.  ABC agents opened a Target Responsibility for Alcohol Connected Emergencies (TRACE) investigation to determine if the Flamingo Club had served alcohol to the under-age woman.

The investigation did not confirm if the Flamingo Club had served alcohol to  the young woman, but agents did receive information that illegal drugs were sold inside the club.

As a result of the investigation, ABC agents posted a Notice of Revocation at the Flamingo Club, meaning the bar can no longer sell alcohol and arrested  Alejandrao Mejia, 38, and Jaime Escalona, 29. 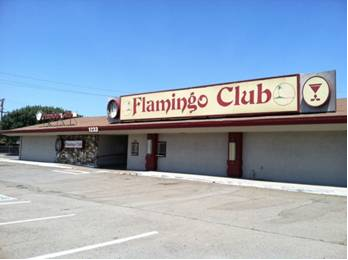 "This investigation, the arrests and the revocation of the club's liquor  license all have to come as a huge relief to those who live or work near this club," said Alan Barcelona, president of the California Statewide Law Enforcement Association (CSLEA).   CSLEA represents ABC agents and nearly 7,000 other law enforcement, public safety and consumer protection professionals who work for the state of California.  "Neighbors who have had  to put up with drug sales and drug users will get a break, because with the liquor license pulled, no new license can be issued for that location for at least a year."

"ABC agents work year round to keep alcohol away from young people under 21," said Kevin Highbaugh, ABC agent and president of the California Association of State Investigators (CASI).  "Illegal drugs sold in a club adds another dangerous element to our jobs of enforcing the law and keeping  young people and the entire public, safe.   ABC TRACE agents  work to bring closure to families by determining who sold or supplied the alcohol that may have lead to someone's death.  It's a valuable program that leads to arrests, prosecution and possible prison time."