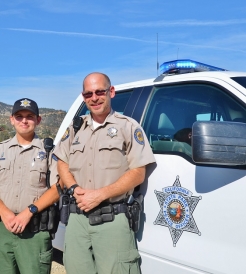 When a small boy fell from a railing at the Frazier Skate Park last month (July 25, 2013), the  incident may have been small in nature to those who helped,  but it was also huge in nurture.

Pickett  and his partner State Parks Peace Officer Daniel Perata were flagged down by the boy’s friends  as they drove past the skate park. "The boy's wrist was obviously broken, he was in pain and just needed to know everything was okay."

Peace Officers  Pickett and Perata responded to the boy in need by talking to him in a calm, caring tone and immediately helped to reduce the pain and swelling by applying cooling packs.  Officer Pickett called for paramedics, while a third State Parks Peace Officer, Brian Lincoln, identified the child's mother.  When it was determined the child's mother was physically unable to respond to the scene, Lincoln went to the child's home just up the street and  transported her to the accident site.  She was able to converse, comfort and care for her son before he was transported to the hospital by ambulance. 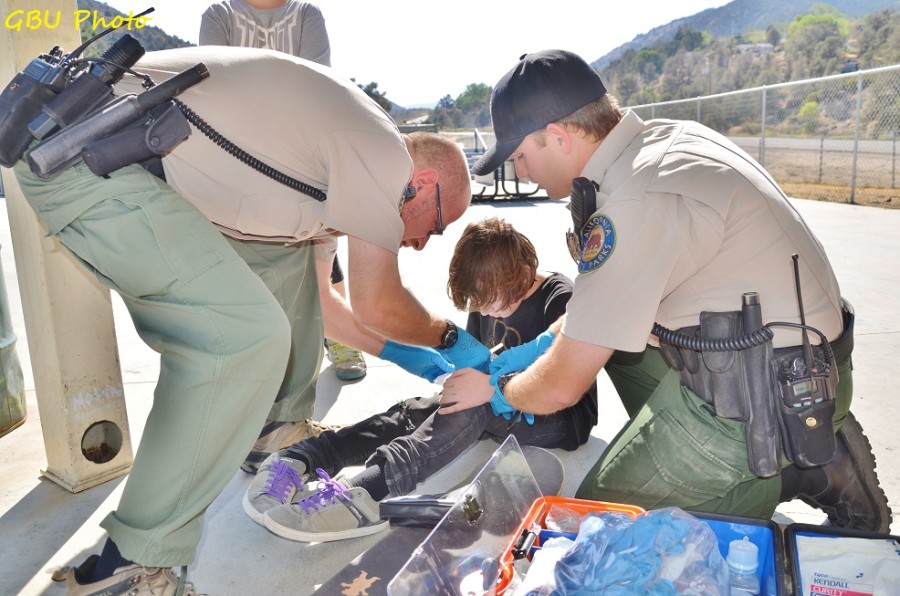 As GBU News & Photos pointed out (July 31, 2013 XIII), there was nothing earth shattering about the minor skateboarding accident but it certainly demonstrated the compassion that peace officers have for the people they protect, even if it is outside of their jurisdiction.

"I am certain that child's mother was extremely grateful to  Officers Pickett, Perata and Lincoln  and the emergency responders who assisted in helping her son.  What parent wouldn't be?" said CSLEA President Alan Barcelona.  "Our CSLEA members who are state parks peace officers do a tremendous job protecting us where we live, work and play.  Often times their work and their compassion go unnoticed."