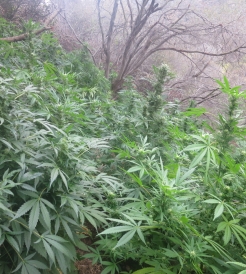 Marijuana plants do not typically  weigh a ton, but when there are groves and groves of them, their weight really adds up.  California State Park Rangers know that after discovering and helping to remove 5,000 pounds (or 2- 1/2 tons) of marijuana from seven plots of mature pot plants in Topanga State Park.

Illegal marijuana cultivation on public lands in Malibu and Topanga is an ongoing problem that State Park Peace Officers are regularly on the lookout for.  These grows can pose a danger to unsuspecting park visitors who may stumble across booby traps or encounter the cultivators who are often armed to protect their grows.

After discovering the large grow while on patrol,  California State Park Rangers raided the pot farm on Friday  August 9, 2013. The raid was led by members of the Angeles District Marijuana Eradication Team (MET). They worked in assistance with officers from the National Park Service, Mountains Recreation and Conservation Authority  and the Los Angeles County Sheriff’s Department.

A team of 16 officers and a Los Angeles County Sheriff’s Department helicopter removed nearly 5,000 pounds of mature marijuana plants, with an estimated street value of $2.5 million. 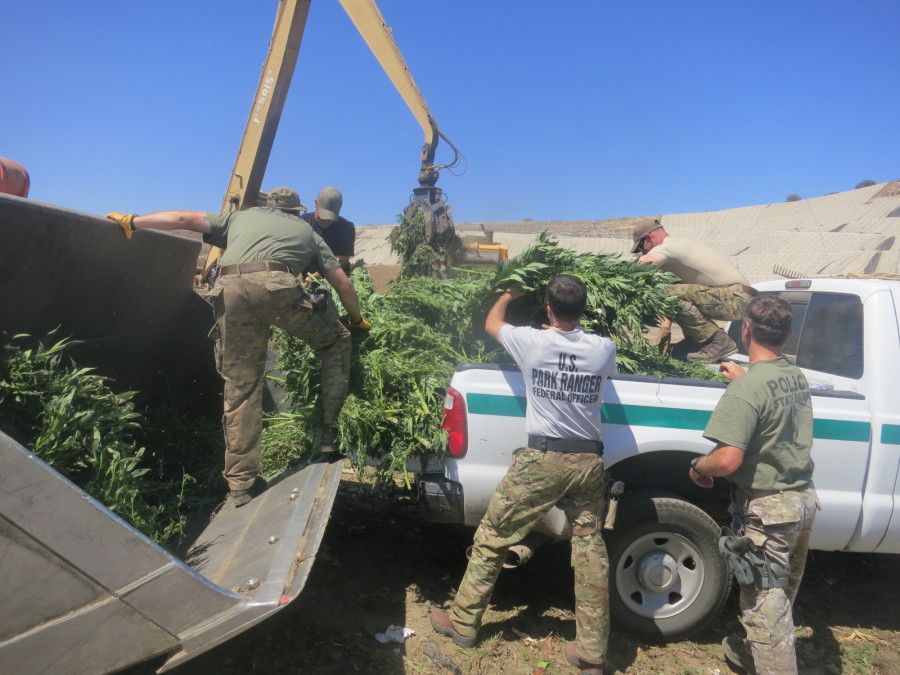 The pot farm was divided into seven separate plots, each hidden in the chaparral forest, and the damage to the ecosystem was significant.   The state park rangers and fellow  team of law enforcement officers  removed more than 500 pounds of trash, camping gear and cultivation equipment from the site.

Illegal growers install drip lines for water and  use large amounts of pesticides to keep animals from eating their  crops. They leave enormous amounts of trash behind.

"This is what our CSLEA members in law enforcement are up against," said CSLEA President Alan Barcelona.   "State parks peace officers have to be extremely careful and cautious while patrolling public land, especially now as harvest time approaches.  Illegal growers become even more dangerous as they attempt to protect the crops they tended all season long. "

The State Parks Angeles District MET has eradicated a total of 26 illegal Mexican drug cartel marijuana growing operations since the team was assembled in 2005. The investigation into the pot farm at Topanga State Park continues.  There was evidence to show several suspects occupied the grow site, however no arrests were made. 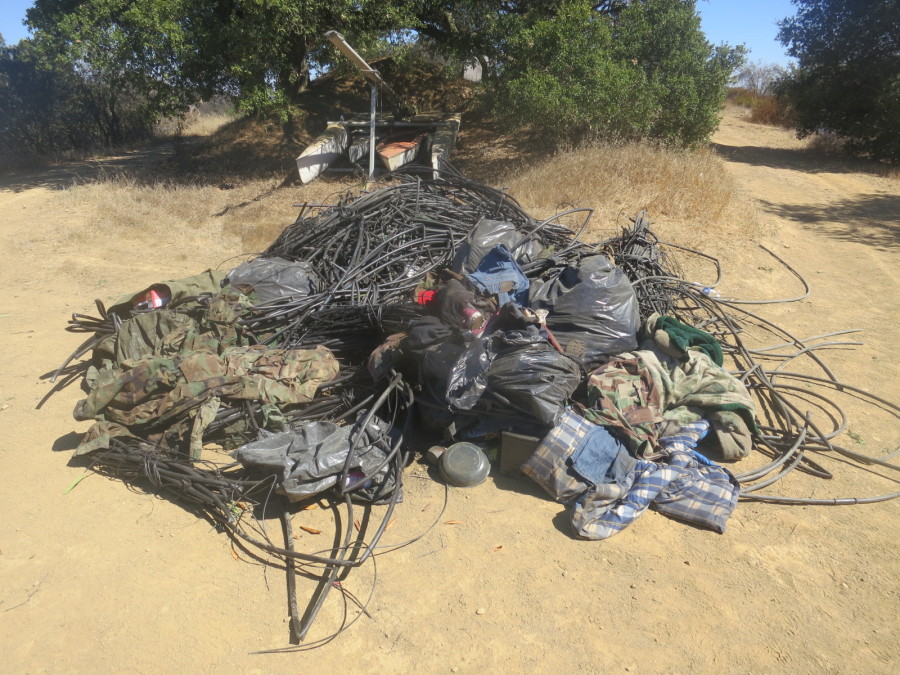 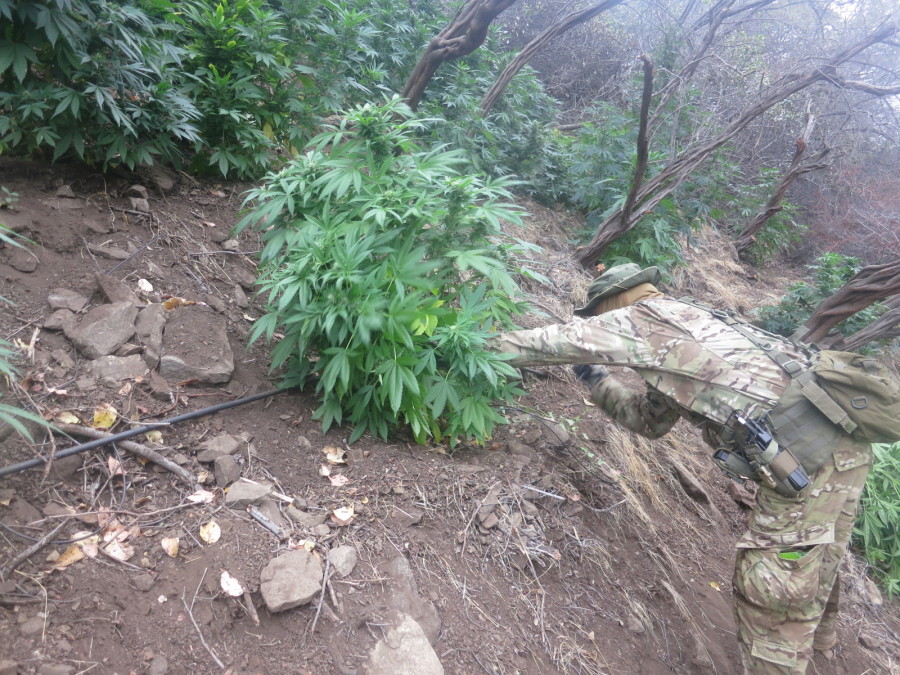