"No soldier, no soldier's family should feel that they are alone in this," - CSLEA Member & DOJ Special Agent Michelle Gregory 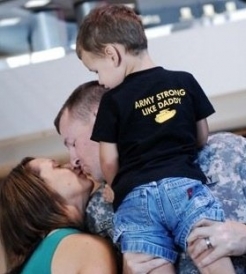 At CSLEA, Gregory  is a valued member.  At the California Department of Justice, she is a special agent.  At the Combat Veterans Waterfowl Association (CVWA), a nonprofit organization founded by her and her husband Derek,  Michelle Gregory is chief financial officer and media specialist.   Translated, she is a "special angel."

"It’s so important for combat veterans  to have a support system and not feel like a social oddity," said Michelle.  Gregory speaks from experience.  "My husband’s last deployment to Afghanistan was in 2008.  He returned almost 18-months later in August 2009 a very different person.  I often tell people that it was harder adjusting to him coming home than it was when he left."

As some  combat veterans do, Derek Gregory returned home suffering from Post Traumatic Stress Disorder (PTSD), Traumatic Brain Injury (TBI) and other physical injuries.   "He was not the same person who left 18-months before.  He came back different, forever changed, " said Michelle.

Fiercely protective of her family and well aware of the power of a strong support system, Gregory  set out to help her husband.  The war in Afghanistan and what he experienced does not fade away with time.  It has been four years.   Michelle has had to identify what "triggers" flashbacks, aggression, depression and sadness.  She has helped her husband with coping mechanisms and helped to make him aware of post-combat habits he was not always aware of.  She wrapped a protective veil around her family to keep them functioning while he sought help for his injuries, both physical and psychological.

"Over time, I have come to realize that these combat veterans, like my husband, don't walk around with visible injuries and so they are often times overlooked,"  Michelle  explained.  "They have to know they are not alone, that there are others like them, feeling the same thing.  That the combat soldier isn't the only one dealing with post deployment issues, their entire family does, too."

Michelle  began looking at the suicide rate among soldiers and was appalled by the number of  whom took their own lives.  On October 1, the Army reported that more soldiers died from suicide this year than from combat in Afghanistan.  Gregory and her husband explored  what could be done to help these men and women who served their country, cope.

"My husband participated in some activities for returning soldiers but always came back talking about how he wished for something different," recalled Michelle.  "I finally told him to do something about it, so we formed the Combat Veterans Waterfowl Association (CVWA).  My husband and I both recognized a specific need for this group to help them heal from PTSD, reintegration and other combat related issues.   We were able to identify a  way to address these needs through waterfowl hunting." 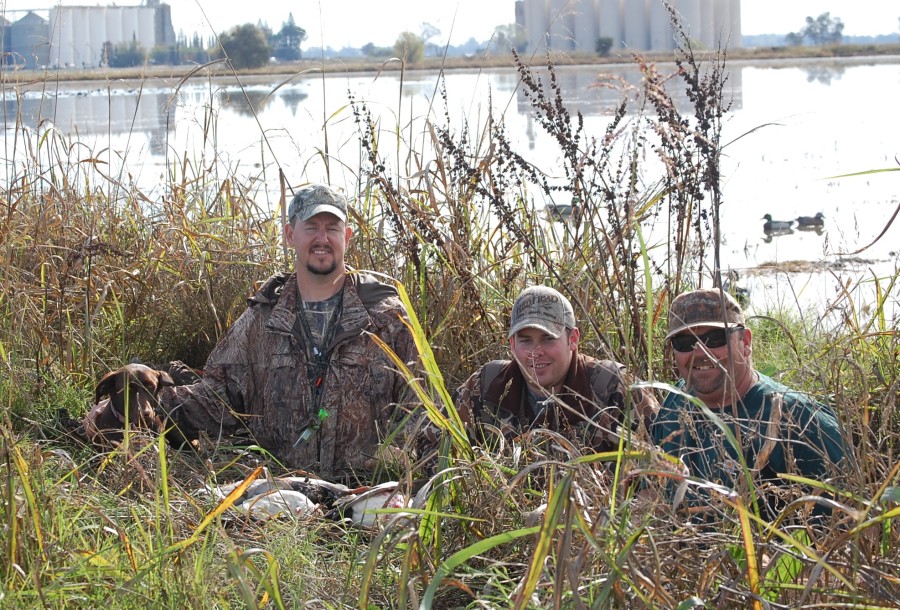 Putting a gun in the hands of someone who carried one in war and shot to kill may seem strange  to some, but oddly enough, Michelle says, it works.  "People always ask, why waterfowl hunting?  I explain combat soldiers are a unique and proud group, not always ready to seek help.  Put four combat vets out in a blind together all day and at some point they start talking, about everything and anything.  We also give them the skills to continue the sport of waterfowl hunting on their own, creating an outlet for those times when they need one.  The combat veterans who come out of this will tell you it's therapeutic. "

Waterfowl hunting puts these veterans in the middle of a quiet, picturesque field before the sun rises.  They take in the relaxed and serene  atmosphere of dawn  and end up sharing the day, as well as  days past.   "One of our first veterans to come out with us on a hunt is a Vietnam Vet," said Gregory.  "He had never talked about his experiences until he came out with us.  Thirty-four years of not talking about his experiences.  You can't get him to stop talking now.  And, he's now one of our facilitators."

The Gregory's  founded CVWA 19 months ago and since then,  registrations for hunts have doubled.  "We have male and female combat vets.   Those who have registered range from the Korean War to the current conflicts," said Gregory.  "One of the coolest things is getting different ages in the duck blind all sharing the same things. We have a male Vietnam Vet and a  24- year -old female Afghan war vet who met through CVWA and are now great friends with each other and their respective families. "

"What Michelle Gregory and her husband Derek have accomplished is not only heartwarming, it's helping," said CSLEA President Alan Barcelona.  "No one puts more on the line everyday than our combat soldiers.  Their sacrifice and their families' sacrifices continue when they return home.  We must be there to help and to support them."

Gregory realizes her life today is her "new norm."  It has taken blood, sweat, tears, open communication and a strong support system to travel down what has been a "long and bumpy road."  She may not know "exactly" what her husband and the many other combat soldiers have gone through but she does know what family members go through.  CVWA aims to help both vets and their families.

"I do this because I know that if we can help a combat veteran, we are also helping their family, said Gregory.  I am proud of my husband and his service and I am fiercely protective of my family.  No one, the soldier or family, should feel that they are alone in this."

The Gregory's CVWA is  a non-profit association in need of funds to support the free hunting and equipment benefitting combat veterans.   On Saturday, November 9, 2013, CVWA  is  hosting  a fundraiser dinner at the Rocklin Community Center.   The Gregory's invite you to celebrate Veterans Day and support combat veterans.  The event features a no-host bar, dinner, raffle, art, a silent and live auction.

For more information  visit their website  or  to purchase tickets.

"The dinner went great!  Exceeded our expectations," said Michelle Gregory.  " We had more than 150 people and raised more than  $20,000!!!  We are so excited and exhausted!!  People keep saying they can't wait for the next dinner."

The story on KTXL