"Karlyne has spent years investigating stressful and sad cases involving some of the most vulnerable citizens of our state," - CSLEA President Alan Barcelona 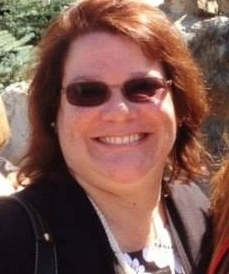 After more than 33 years of civil service  with most of it in law enforcement for the State of California Department of Social Services  (DSS),  Supervising Special Investigator Karlyne Amaral is retiring.   By many accounts, she is a dedicated, passionate person who "gives it her all,"  personally and professionally.

"Karlyne has spent years investigating stressful and sad cases involving some of the most vulnerable citizens of our state," said California Statewide Law Enforcement Association (CSLEA ) President Alan Barcelona.  " It takes a special, strong, engaged  person to do what she has done for decades.  In addition to that, she became active within CSLEA,  within our affiliate the California Association of Fraud Investigators (CAFi) and within her community."

Amaral started working for the State when Jerry Brown was governor, the first time.  "I was 18 years old at the time," said Amaral.   "I was very fortunate to have been hired by the State as it was a time when there were 'hard freezes' in hiring and the Department of Finance had to approve freeze exemptions."

Amaral started her civil service as a full-time office assistant  in the State Controller's Office.  She was able to flex her schedule to  accommodate night classes at college.  "I was lucky, I had a wonderful boss," said Amaral.  "I was able to promote while working full-time and attending college, and I obtained my Bachelor of Science degree in Administration of Justice at San Jose State University."

From the State Controller's Office, Amaral moved on to the Department of Health Care Services, the Department of Rehabilitation and in 1988, after earning her degree,  Amaral accepted a promotion to the Department of Social Services where she soon began her law enforcement career.   It was there that she would work for decades.  For years she has supervised a staff that covers the Bay Area and the Central Valley, clear down to Kings County.

"Awesome group of investigators," she said with pride.  "I have had the great fortune to work with many wonderful people over the years, both with DSS and with local law enforcement agencies."

With Amaral's retirement, someone is going to have huge shoes to fill, warned Amaral's supervisor, Julie Bradbury, Assistant Chief of the DSS Investigations Branch.  "I want to bring those big clown shoes to her retirement celebration and say, alright, who's going to fill these?" said Bradbury.  "I wish we could just take her brain and keep it on a table and pick it.  She's a wealth of knowledge."

With less than 30 days before retirement, Amaral is pushing her dedication and commitment to detail right to the end.  "She is still working really, really, really hard," said Bradbury.  "She truly cares about the job.  She's knowledgeable, resourceful and even in stressful situation, she can make us all laugh."

In addition to her service with the State, Amaral served as a member of the Santa Clara Child Abuse Prevention Coordinating Council arranging child abuse prevention symposiums.  She went on to become Council Chairperson and continues to serve the Council as an Emeritus Member on the Council's membership committee.

Amaral is no stranger to CSLEA.  She welcomed the opportunity to serve her co-workers as a union steward and later as a director and then president of CAFI.  She attended CSLEA conferences, some of which provided POST certified training.

"As the CAFI president, I was able to attend a side table for union negotiations where I witnessed CSLEA in action," said Amaral.  "CSLEA brought forth safety concerns for our members with respective departmental representatives.  Following one session, I received feedback from a departmental labor representative as to how impressed he was with our association's representation at the side table session.  It was a true compliment to CSLEA.

"One of the things that has most impressed me about CSLEA is the ability to connect with everyone from top to bottom.  From CSLEA President Alan Barcelona and Chief Legal Counsel Kasey Clark to front line staff.  I was able to share concerns from fellow CAFI members and was treated in a professional manner.  I remain hopeful that the investigators within my Department will step up to a leadership role as a steward."

Not one to sit on the sidelines, do not look for Amaral to prop up her feet and take it easy in retirement.  "There will be no moss growing under my feet," laughed Amaral.  She and her husband enjoy volunteering with the Portuguese Band of San Jose, assisting parents with Fresno State's Bulldog marching band where one of her daughters plays in the university band, and working with the American Cancer Society.  "I also plan to spend more time with my family,  driving my kids crazy and working on my hobbies.  My family and I are also looking forward to taking more extensive family vacations."

"Congratulations, Karlyne," said Barcelona.    "You have served the State of California, your colleagues and your community, well. You lead by example, you have a great, positive attitude and you had a passion for your job that was second to none.  I like that.   Enjoy your retirement.  We wish you well-deserved fun and happiness."