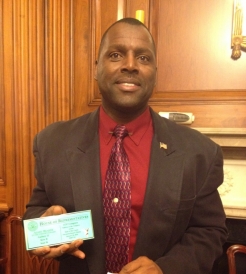 "Congressman Dr. Raul Ruiz had one ticket.  Out of all his constituents, all his family members, he thought of me." - CSLEA Member Andrew Walker

Fresh from his surprise trip to Washington D.C. as a guest of Congressman Dr. Raul Ruiz (D-Palm Desert) to see President Barack Obama's State of the Union address, CSLEA member Andrew Walker is on cloud nine.   Hopefully he is not walking, because after all of the walking he did in his two days in D.C., the in-very-good-shape Walker, has a pair of exhausted and sore legs.

"I'm a history buff, so I had to take it all in," said Walker.  "I stayed two blocks from the Capitol and everything was within walking distance.  It was a lot of exercise." 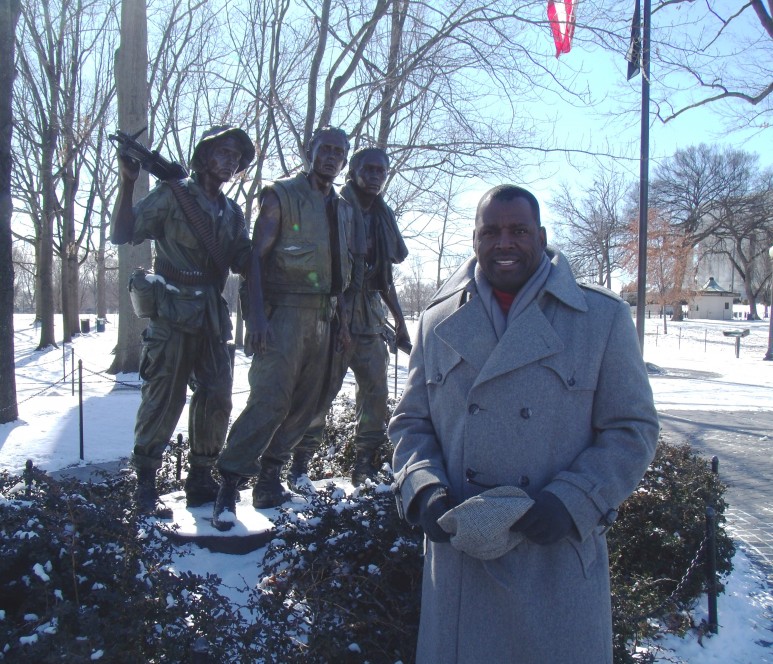 Walker, 54, is a retired Air Force Master Sergeant and currently serves the State of California as an investigator with the Department of Motor Vehicles.  He contacted Congressman Ruiz's office months ago for assistance after a long process involving a Veterans Affairs claim.  "Just the help I received from his office was enough," said Walker.  "Then to get this personal invitation months later,  to have all the arrangements made and someone with me the entire time, that was way and above,  in service to a constituent."

As Congressman Ruiz's guest, Walker attended the State of the Union address January 28th, sat within 40 feet of the President and even closer to the First Lady.  "I felt like I could reach out and touch him," Walker said.  "I sat next to a Congressman's wife.  To be in that room with all those folks, all that art and all that history, I had a wonderful time."

"I hope Investigator Walker's experience is an inspiration to all our members, said CSLEA President Alan Barcelona.  "I am pleased and excited he had this opportunity.  He has dedicated his professional life to protecting people.  There is a lot to be said for him and all our members who keep us safe in our daily routines and travel."

Thirty  years in the military (10 active, 20 reserve), a sheriff's deputy in San Bernardino County and a  state investigator, Walker has served his community, state and country well.  He has travelled the world but had never been to the  nation's capital.  "I got to see so many things.  I got to connect with members of Congress and with law enforcement officers working there." 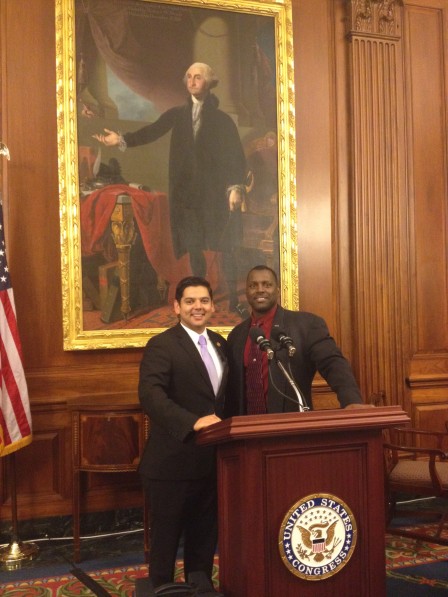 Law enforcement is a passion of Walker's, even after decades of service.  "I love doing what I do and helping people.  I work for the people.  I can't change the world, but I can affect the person I'm dealing with.  I am a dedicated law enforcement professional.  I'm as enthusiastic about it now as the day I started. I'm not burned out."

"The members of  the Association of Motor Vehicle Investigators of California (AMVIC) and CSLEA can be proud of Andrew Walker,"  said AMVIC  President Kenny Ehrman.  "He has given the majority of his life to service and is the perfect representaive of our department and our profession."

And now after his trip to Washington D.C., even though his legs are tired and sore,  he has an even bigger bounce in his step.  "That invitation, this trip, I went from sad and dejected as I dealt with Veterans Affairs, feeling like a nobody,  to feeling proud and honored because Congressman Ruiz remembered me."   Walker added, "I've been all over the world, I have worked for four-star generals, nothing compared to this trip and this honor."