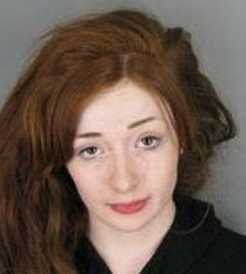 "The agent was investigating a case involving stolen lottery tickets and not only solved his case, but a local police department's armed robbery case as well. " - CSLEA President Alan Barcelona

When a California Statewide Law Enforcement Association (CSLEA) Member and State Lottery Agent  investigated the theft of lottery scratcher tickets taken in a burglary at a mini mart in Concord, he ultimately solved "who done it" in at least two criminal cases.

"This was nothing short of excellent and attentive police work," said CSLEA President Alan Barcelona.  "The agent  tracked down where the stolen tickets were being returned for prize money, found a photo of his suspect and linked the suspect to a Critical Reach flyer sent out earlier by Walnut Creek Police involving an armed robbery suspect.  One investigation lead to another and ultimately three people were arrested for a violent crime."

It all started January 22, when two teens armed with a knife and a baseball bat accosted and robbed a Kaiser Permanente Walnut Creek Medical Center employee in a hospital parking garage at 11:35 p.m.  The two teens got into a getaway vehicle driven by a woman.

Four days following the burglary,  the agent  was travelling to meet with Concord police when he actually spotted his suspect and followed him to a fast food restaurant.  He notified Concord police and waited for them to arrive before confronting the suspect.  When officers approached the suspect he took off running.  The foot pursuit ended when the lottery agent  tackled the suspect.  The arrest of this 17-year-old suspect then lead to the arrest of a 16-year-old and the arrest of Shaina Mae Day, 20, of Concord.  All three were arrested in connection with the Walnut Creek Kaiser Permanente robbery.

“The agent's  follow up investigation involving stolen lottery tickets was instrumental in allowing us to solve this armed robbery case," said Walnut Creek Police Department Investigations Bureau Commander Lt. Steve Gorski.   "His willingness to collaborate and share information helped link his burglary suspect to our case and as a result two felony cases were closed out with an arrest.”

In addition, the two  investigations are  now leading into a third  investigation involving a home invasion robbery and attempted murder.

"Few Californians know about the work our Lottery Agents do on a daily basis," said Barcelona.  "These were excellent arrests and a fantastic job by this lottery agent."