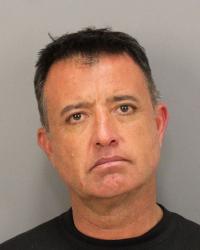 When agents with the California Department of Justice's Santa Clara County Specialized Enforcement Team received a tip that a San Jose firefighter may be selling methamphetamine, they quickly went to work, setting up a two-month investigation and sting that led  to the arrest February 13, 2014 of veteran San Jose Firefighter Mario Enrique Cuestas, 53, of San  Lorenzo.

"These cases which involve public safety or first responder-suspects, someone in the position of public trust,  are always difficult," said Alan Barcelona, president of the California Statewide Law Enforcement Association (CSLEA).  "You feel for the rank and file of that department but no one is above the law.  I commend the task force for swiftly and thoroughly investigating the tip, going undercover to meet with the firefighter for the intent of buying drugs and arresting this individual."

Cuestas is charged with three felonies after allegedly selling an eighth of an ounce of meth for $150 to an undercover officer January 17 during a lunchtime meeting at a restaurant in San Jose.  In addition the firefighter allegedly offered to sell narcotics to the officer on January 24 and was found to be in possession of narcotics February 13, the day he was arrested at San Jose Fire Department headquarters.

Cuestas is also being investigated for possible involvement in a sexual relationship with a 17-year-old boy.   It is alleged he gave drugs to the boy in exchanged for sexual favors.  Cuestas has not been charged with an sex offenses at this time.  If convicted of the drug charges, Cuestas faces a maximum sentence of nearly five years in prison.  Cuestas was arraigned February 18 and is due back in court February 26.