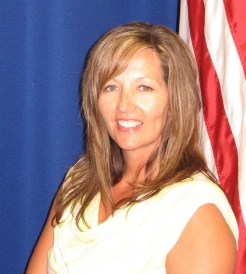 Congratulations to CSLEA/CHP-PSDA Member Tami Caldera  for her achievement as Public Safety Operator of the Year 2014 at the Sacramento CHP Communications Center.

"Being on the receiving end of 911 calls  can be stressful and exhausting and carries a tremendous amount of responsibility," said CHP-PSDA President Tina Brazil.   "I am proud of Tami and all of our CHP public safety operators and dispatchers for helping citizens in times of need and emergencies.

Caldera  began her dispatching career with the California Highway Patrol on March 28, 2001, at the Golden Gate Communications Center.  In July 2007, she transferred from the Bay Area to her current assignment at the Sacramento Communications Center.  She is a team player who knows her job well and is enthusiastic about teaching others. 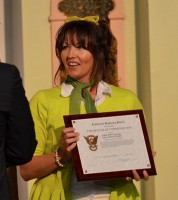 Asked what she enjoyed doing in her spare time,  Caldera  replied, “Well,l I would have more spare time if I didn’t work so much overtime!”  In the moments she does have to herself, she enjoys the beautiful property she lives on with her husband, Louis, her parents, Art and Cathy, and her two dogs.  She is a proud Chico State mom as her daughter, Siena, is a student there.

"The dispatchers and operators are nominated by their coworkers," said Brazil  "Coworkers express the reasons behind the nominations and then dispatchers at the center vote."

The dispatcher of the year award is given at each CHP communications center.  The  recipients are then honored at a function given in honor of all the dispatchers of the year from various agencies in the various regions of California.

"I am extremely proud of CSLEA member Tami Caldera and I thank her for protecting and saving lives." said CSLEA President Alan Barcelona.  "Our CHP public safety operators are often under a lot of stress, work a lot of overtime, yet they continue to handle one emergency after another with true professionalism. "