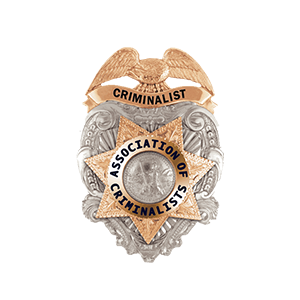 "The successful prosecution of this eight year old case would not have been possible without the dedicated efforts of the California Department of Justice Bureau of Forensic Services." - Asst. Chief Deputy District Attorney Michael J. Cabral

It was a case that went unsolved for years, the Father's Day murder of a janitor at Ortega's West bar in West Sacramento.   On Monday, March 3, 2014, Yolo County Superior Court Judge Stephen L. Mock sentenced Juan Antonio Gonzales, 29, of Sacramento, to a term of life without the possibility of parole for the June 18, 2006, murder of Alfonso Prado.

Prado was cleaning the bar when intruders entered and robbed him of his belongings.  During the robbery one of the intruders fatally shot Prado in the chest. Investigators had no suspect information.  Three days later, the Sacramento Police Department recovered a Hi-Point hand gun and entered identifying information into the National Integrated Ballistics Information Network (NIBIN).  Two long years went by before a NIBIN “cold hit” indicated that this gun might have been the weapon used to kill Mr. Prado. The gun was not in Gonzales' possession but rather an associate of his.  Another year later, the Department of Justice Criminalistics Laboratory, received a cold hit identification establishing that a small amount of blood found at the scene matched DNA from Gonzales that was in the national DNA database (CODIS).

The murder trial relied heavily on physical evidence and the scientific work of two California Statewide Law Enforcement Association (CSLEA)  members who are senior criminalists in the DOJ Crime Lab in Ripon.

"These two senior criminalists did an outstanding job in bringing a cold-blooded murderer to justice," said CSLEA President Alan Barcelona.  "Not only did they commit themselves to this case through their incredible scientific work in the lab, they weathered sharp cross examination by the defense during the trial.  Our thoughts are with Mr. Prado's family."

DOJ Senior Criminalist Jennai Lawson analyzed many items of evidence from this case, including cigarette butts, t-shirts and jewelry, and finally found a small drop of the suspect’s blood on one piece of evidence, an envelope from the scene. Lawson testified about that envelope and the other items of evidence.  That DNA testimony was contentious at times. During the trial, despite efforts by the defense to get Lawson to interpret a DNA mixture on another item of evidence, she was steadfast in maintaining her position that no interpretation could be made. “It’s not possible to resolve all of the profiles in complex, low-level mixtures," said Lawson.  "It was an attempt to get an interpretation on the stand, and that just isn’t appropriate.”

DOJ Senior Criminalist Taro Swanson was the firearms examiner in this case. He examined the cartridge case recovered from the scene of the homicide and the test-fired cases from the Hi Point hand gun Sacramento PD had recovered after the homicide. Swanson confirmed that the cartridge case from the scene had been fired in the Hi-Point and testified to that at the trial. “Every once in a while it’s nice to hear that our work makes a difference,” said Swanson.

“This is a great example of the state of modern forensics in this country. Two separate databases provided critical information in identifying the murder weapon and the suspect, but those databases would be useless without the highly skilled Criminalists at DOJ and the Sacramento County Crime Lab who did all of the preparatory and confirmatory work. California is blessed with some of the finest and most advanced crime labs, and many of the best criminalists, in the world,” said John Miller, president of the Association of Criminalists-DOJ.

At the sentencing hearing Mr. Prado’s mother and two sisters testified about the effects that this crime has had on their lives as well as the lives of their children. Assistant Chief Deputy District Attorney Michael J. Cabral stated that the lives of these families were shattered by a cold blooded killing on Father’s Day for a few hundred dollars in gold.

To the criminalists who were key in the January conviction of Gonzales, Cabral said, "Thank you for all of your hard work."