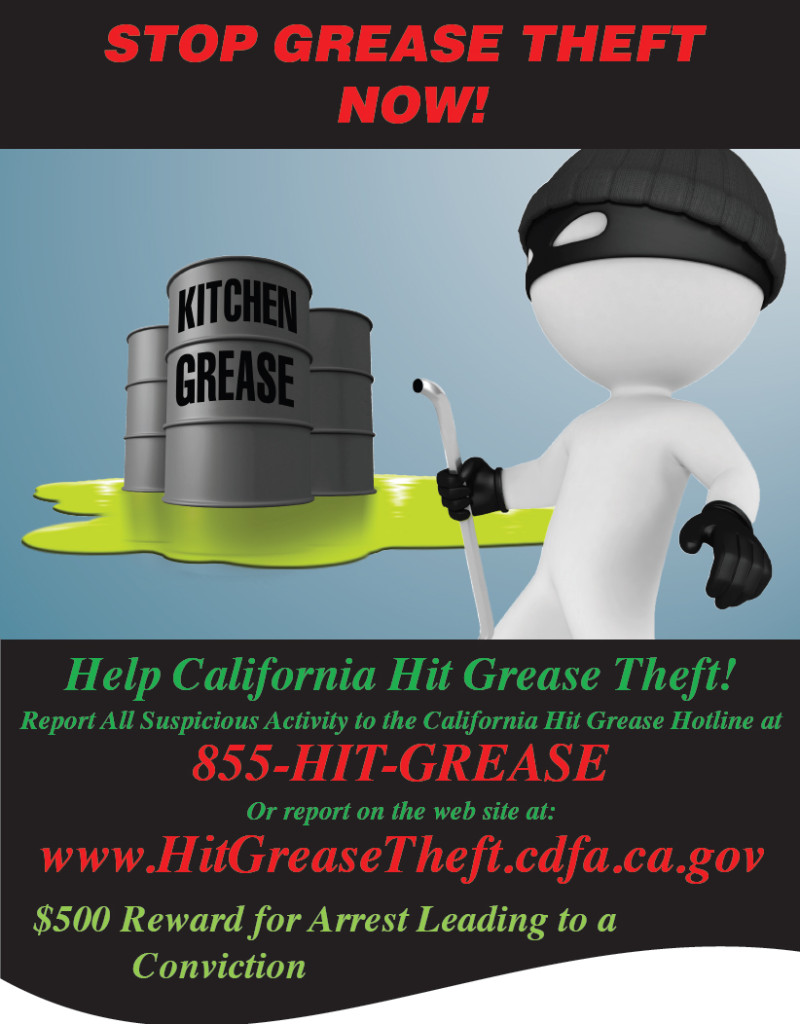 What started out a few years ago as a trend for law enforcement officers to take note of, is now a growing and wide-scale crime that victimizes two types of businesses; restaurants and rendering companies.

"As often as this crime is occurring, there are only two full-time investigators in the state whose job it is to put a stop to this," said Paul SanGregorio, president of the California Association of Fraud Investigators (CAFI). "The California Department of Food and Agriculture is the regulatory, licensing and enforcement agency for the recycling of IKG or inedible kitchen grease."

What do thieves want with used kitchen grease?  "They're making up to $5,000 a night by stealing it from outside restaurants where it sits for legitimate pick-up and recycling.  Much like thieves who steal aluminum and copper, these used kitchen grease thieves recycle what they steal," said SanGregorio.  "We have to educate local law enforcement officers about the scope of this crime so that they assist in catching these thieves who are often ex-cons or people on parole and  helping themselves to a cash business."

A gallon of inedible kitchen grease is worth nearly $3.00 a gallon at the recycling center, so imagine what a  truckload of IKG amounts to.  "When the value of inedible kitchen grease rises to $3.00 a gallon, nearly equal to the value of gasoline, the math is easy for thieves," said Alan Barcelona, president of the California Statewide Law Enforcement Association (CSLEA). 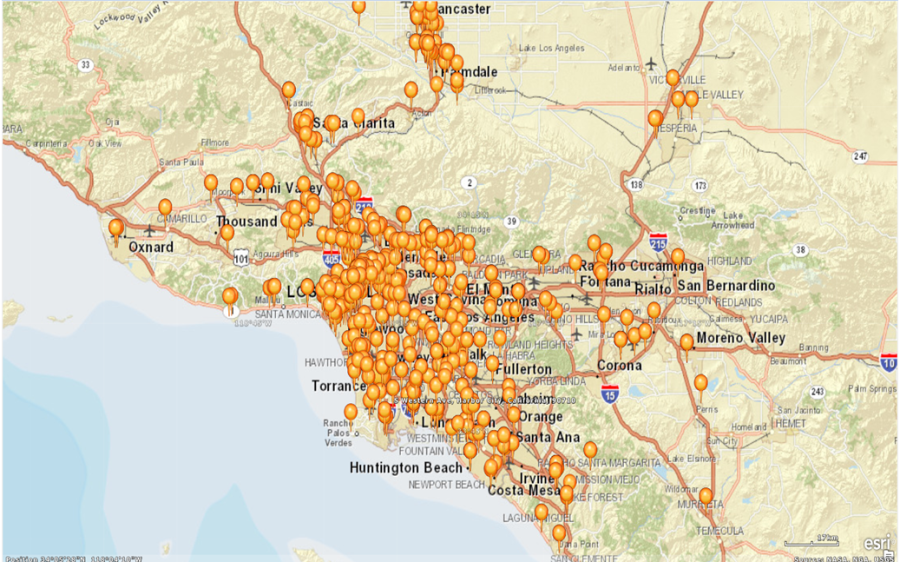 Recycled inedible kitchen grease is used by the bio fuel industry and companies that make animal feed.  The legitimate pick-up and recycling of IKG is usually done  by rendering companies that have service agreements with restaurants.  The rendering companies pay the restaurants to  pick up the used grease.  The  grease is heated, filtered, clean and processed into yellow grease which is then sold to the agricultural, bio-fuel, and commercial industries.  The agricultural industry transforms it into feed for the livestock, poultry and pet food industry; the bio-fuel industry manufacturers it into bio-diesel and other fuel components reducing California's dependence on the petroleum industry; and the commercial industry manufactures the refined product into soaps, cosmetics, shampoos, and other products.

"Some of these thieves launder the grease to legitimate collection centers, others deal with unscrupulous collectors," said SanGregorio.   "We are hoping for legislation that clears up language in the vehicle code which will allow officers to impound any vehicle suspected in the illegal transport of the grease. "

Anyone found guilty of violating the codes and regulations of the Inedible Kitchen Grease Program faces jail time and/or a fine.   If the conviction is a second or subsequent conviction of a violation, or the violation is committed with intent to defraud or mislead, the person is subject to imprisonment in state prison and/or  a fine of up to $15,000.