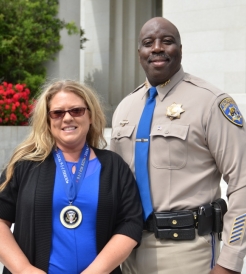 Every year 9-1-1 for Kids hosts this awards ceremony to honor the extraordinary and courageous actions of California kids and 9-1-1 dispatchers during emergencies.

On July 8, 2013 Price received a 911 call from seven-year-old Joseph Bendorf requesting help for his mother who had been stung by a bee and was having an allergic reaction making it difficult for her to breathe.  It was a challenging call because the child and his mother were on a road between Yuba City and Woodland when suddenly they were in need of emergency help. 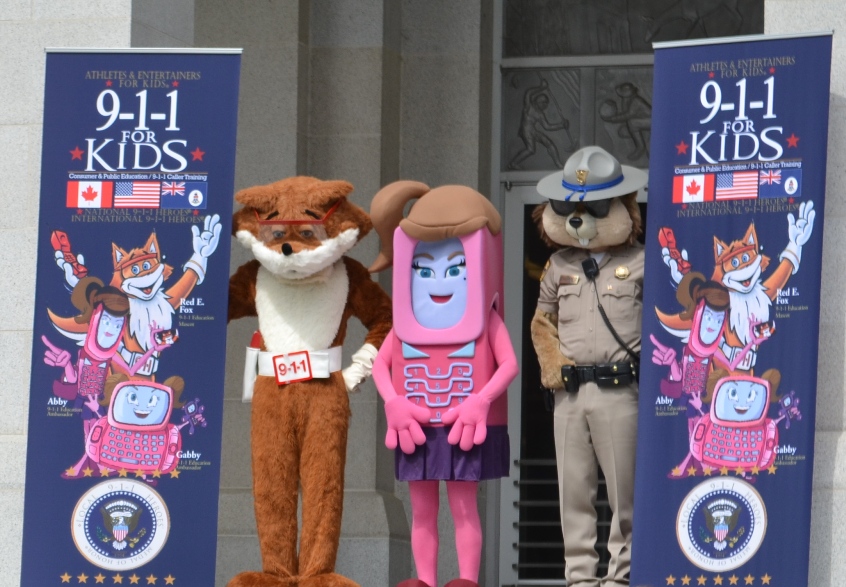 "I stayed on phone with him, I was so impressed how composed he was,"  Price told CSLEA.   "I was on the phone with him for a  long time.  He didn't know where he was.  I kept talking to him, asking him questions, his mom was gasping for air."

Joseph's mother had pulled over in the town of Robbins.  The child also received an award for his heroic actions in saving his mother's life.   With Price's help, he remained calm, answered questions  and talked to his mom to ensure she was doing okay.

"It's scary for kids," said Price.  "I have had adults who couldn't do what he did.  He could have not talked.  He was very brave. He didn't cry, he didn't  get upset all the while mom was sick."

Price questioned the child about his location and used the technology available to her to determine where to send paramedics.  The awards ceremony was the first time the dispatcher and Joseph and his mother met.

"She was wonderful that day," recalled Jenny Bendorf, Joseph's mother.  "She was calm.  She was kind when he started getting nervous.  She kept him calm." 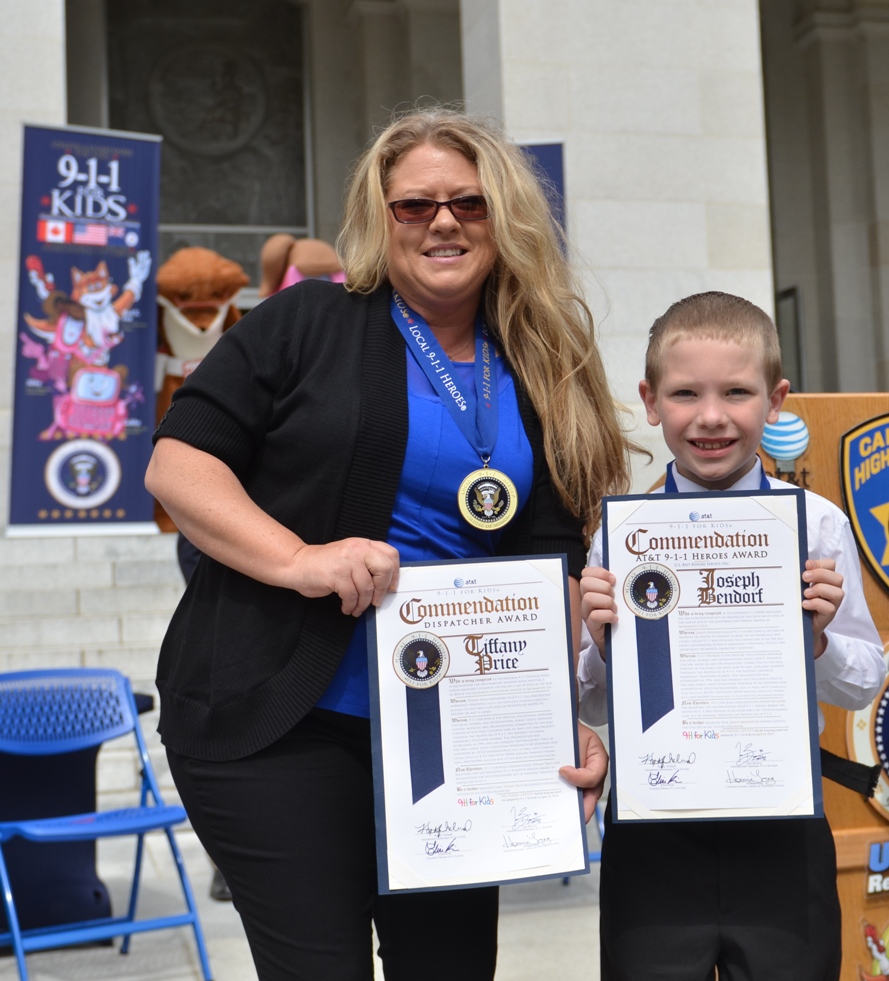 "Our CSLEA members who answer  911 calls are remarkably calm in the face of disasters and emergencies, " said CSLEA President Alan Barcelona.  "Getting 911 calls from children can be a big challenge, especially if the child is next to a parent who is hurt and has no idea where he is.  I'm proud of Tiffany and all our public safety dispatchers and com-ops who respond to 911 callers with passion and professionalism no matter what the circumstances are."

"I, too, would like to congratulate Tiffany Price," said Tina Brazil, President of the CHP Public Safety Dispatchers Association , a CSLEA affiliate.  "Helping Joseph and his mother during this emergency and walking Joseph through the information she needed, she deserves the recognition by 9-1-1 for Kids.  9-1-1 for kids is a great program that teaches children about how and when to call 9-1-1."

California is said to have the largest,  most advanced 911 system in the country fielding 26 million calls a year and moving forward with technology to soon accept text messages and video to 911 centers.

Price is a veteran public safety dispatcher.  She began her career with the CHP at the Golden Gate Communications Center in 1999.  In 2007 she moved to the communications center in Chico. 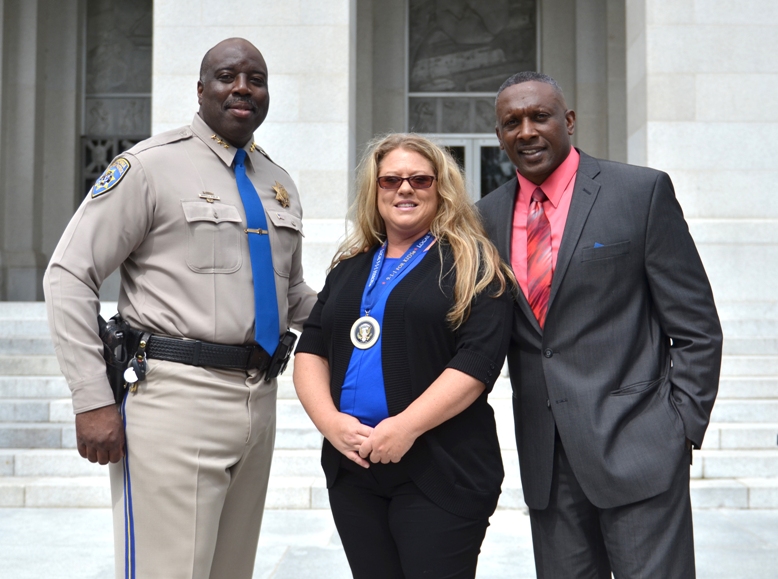 Getting to meet Joseph and his mother at the awards ceremony was a special treat for Price.  "To meet him, to see his mom here and alive, the outcome that day could have been horrible," said Price. "We needed to do something for him, he needed to be recognized."   Price never dreamed that in  pursuing the award for seven-year-old Joseph, she, herself, would be recognized.  "I thought I was going to tear up, when I met him today.  I love kids and it was great to see his mom."