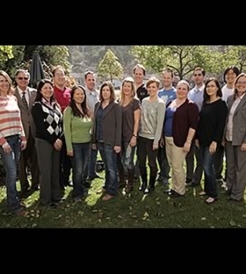 Congratulations to our California Statewide Law Enforcement Association (CSLEA) members on the Department of Justice (DOJ) Rapid DNA Service Team (RADS) in Richmond who received a national award for their work to improve the DNA analysis of rape kits by law enforcement agencies.

“This program was designed to alleviate concerns that sexual assault kits are not being processed in a timely manner," said John Miller, president of the Association of Criminalists-DOJ. "The idea is to get DNA profiles into the database as soon as possible so that offenders can be linked and  identified immediately, and RADS does just that.”

Why is speeding up the processing of rape kits so important?  Here is one example.   In October 2012, criminalists in the DNA program at the Central Valley Crime Lab and the Richmond DNA Lab played a lightning speed role in the arrest of a suspected rapist who violently attacked a woman in a Modesto park in broad daylight and in the presence of her two young children.

Within a few short days of the random, brazen, violent attack, the suspected rapist, who left his DNA behind, was identified by name. The kudos went to the hard working and determined DOJ criminalists who understood the race against time to prevent this man from attacking another victim.  Identifying a suspect by name allowed law enforcement to track down the suspect and capture him.

The RADS Team, part of the Attorney General’s Bureau of Forensic Services, developed a program in 2011 that improves the traditional process by which rape kits are tested and reduces the processing time to within 15 days. This program currently operates in eight counties across the state including Butte, Lake, Marin, Napa, Sonoma, Solano, San Luis Obispo and Santa Barbara.

The program allows for the processing of evidence from sexual assault cases within 15 days from the start of analysis and uses automation to reduce processing time, allowing for a threefold increase in casework capacity. This process includes the upload of DNA profiles into the FBI’s Combined DNA Index System to search for unknown suspects.

"Congratulations to our CLSEA members within our AC-DOJ affiliate on receiving this award," said CSLEA President Alan Barcelona.  "We are very appreciative of their tireless work and the role they play in the capture and prosecution of suspects.  They work every day with victims in mind and, through their work, help to make the streets of California safer."