LOS ANGELES -  A San Pedro family's alleged plot to obtain auto insurance after a collision occurred and then file a claim falsifying the collision date has resulted in their arrests.  On May 8, 2014,  California Department of Insurance (CDI) detectives arrested  Alejandro Monita, 54, his wife Natalia Sofia Monita, 53,  and their son Carlos Guzman Monita, 27, for conspiring to commit auto collision fraud.

According to detectives, Alejandro Monita was involved in a crash September 23, 2013 while he was uninsured. The investigation further revealed that Natalia Monita, at her husband's request, purchased an insurance policy after Alejandro's  September collision, with the intent the family would file a claim for the damages caused by the September accident.   According to department detectives, Carlos Monita reported that Alejandro and another vehicle were involved in an accident on the Vincent Thomas Bridge in San Pedro on November 23, 2013.

During an interview, Alejandro Monita admitted his involvement in the September 23, 2013 crash and that he had no insurance coverage at that time.   The dollar loss amounted to $6,317.

This case is being prosecuted by the Los Angeles County District Attorney's Office. If convicted the Monita's face a maximum of five years in county jail.

"Insurance fraud hurts each and every one of us who pays to have our vehicles insured," said Alan Barcelona, president of the California Statewide Law Enforcement Association (CSLEA) which represents CDI detectives.  "We end up paying higher premiums because of the money insurance companies dish out on  false claims.  It's clear CDI detectives have no shortage of work in investigating people who are lying and stealing through insurance fraud.  I applaud their work and only wish there were more of them." 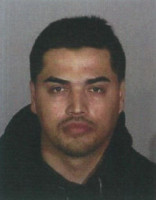 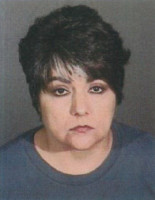