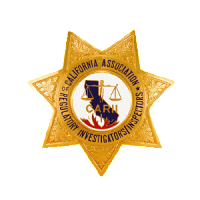 Few people give much thought to marine shipping along the California coastline unless disaster strikes in the form of an oil spill.  If there are no oil spills then California Statewide Law Enforcement Association (CSLEA) Member Jeff Cowan, one of California's most valuable assets,  remains out of the spotlight and a hidden treasure.   "If I am doing my job, there won't be any spills." said  Cowan.  "So I remain off the radar. "

"Captain Jeff Cowan has had more than 35 years at sea and brings an incredible amount of experience and knowledge to California's emergency response and public safety," said CSLEA President Alan Barcelona.  "His job title may be 'oil spill prevention specialist,'  but it might as well be 'expert.'"

And now Captain Cowan, oil spill prevention specialist with the Department of Fish and Wildlife,  will be providing that expert input to the United States Department of Homeland Security.  This month, Homeland Security Secretary Jeh Charles Johnson appointed Captain Cowan to the United States Coast Guard  Navigation Safety Advisory Council to represent the viewpoint of state agencies responsible for vessel or port safety.  His term extends through November 2016.

The Navigation Safety Advisory Council provides valuable assistance to the Department of Homeland Security on issues including  preventing maritime collisions and groundings, and navigation regulations.

Cowan  has articles published in numerous trade magazines such as  "Can Fatigue Cause Oil Spills?"  in Maritime Professional Magazine, "Work, Rest & Documentation" in Marine News and "Preventing Loss of Propulsion After Fuel Switch to Low Sulfur Distillate Fuel Oil" in the Nautical Institute publication “Seaways” among others.

Captain Cowan is a graduate of the California Maritime Academy. He began his seagoing career by sailing aboard a variety of vessels. He first sailed as a licensed Third Mate in 1977, ultimately earning his license as Master and culminating his shipboard career by sailing as Master on several ships and his last command , APL CHINA, in 2009.

"My greatest professional accomplishment was maneuvering ships around typhoons and other heavy weather systems without injuring my crew, damaging my ship or losing any cargo," said Captain Cowan.

Captain Cowan is part of California's emergency response and public safety team when it comes to oil spills and preventing oil spills. As an Oil Spill Prevention Specialist, Captain Cowan monitors oil transfers, boards vessels to ensure compliance with regulations, and participates in drills to verify that vessels and facilities are prepared to respond to an oil spill. In simple terms, "Keeping the black stuff out of the blue stuff," said Captain Cowan.

In March 2014, Cowan  conducted a  presentation, “ North American Emission Control Area and Lessons Learned in CA,”   at the Green Ship Technology Conference in Oslo, Norway.  He has been invited  to address the United States Transportation Safety Board at the National Academy of Sciences in Washington, DC.  in June, on that same topic.

He also attended Congressman John Garamendi's  Maritime Information round table with other stake holders, helping  the Congressman to come up with a coherent maritime policy.

In addition to his duties as a DF&W Oil Spill Prevention Specialist, Captain Cowan serves on the California Association of Regulatory Investigators and Inspectors (CARII) board of directors as a board member and is a member of CSLEA.