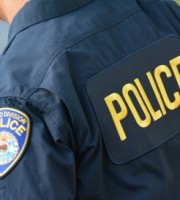 "What these suspects are accused of, is not only a slap in the face of every hardworking Californian, it's equivalent to taking money from our wallets." - CSLEA President Alan Barcelona

SAN DIEGO - Hardworking, law abiding  Californians may be tipping their hats to law enforcement teams from the California Department of Insurance for the arrests made in San Diego County June 18, 2014.

They arrested six people who allegedly staged bogus burglaries and then reported items as stolen to insurance companies for reimbursement.

"Anyone who files a bogus claim with an insurance company and receives a check is stealing from all of us," said California Statewide Law Enforcement Association  (CSLEA) President Alan Barcelona.  "Fraudulent claims are the reason we pay such high premiums."

Staged property theft is a fast-growing criminal trend in homeowners and renters insurance.

The six suspects arrested face a variety of charges, including grand theft, filing a fraudulent insurance claim and submitting false documents in support of a false claim.

Rzeslawski told Department of Insurance detectives the items were stolen from his vehicle during a visit to his gym. Gym records did not support that claim. Additionally, it was determined that the laptop in question was Rzeslawski's previous employer's property, which they had reclaimed from him when his employment ended. 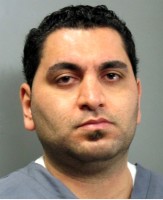 Revan Qajar, 26, of El Cajon, reported a burglary of his photography studio to El Cajon Police and submitted a suspicious claim for the theft of his camera equipment and computers worth $26,200. The responding officer noted in the initial report that the broken window, 27 inches by 13.5 inches, was too small for an average adult to gain entry, had sharp jagged pieces of glass still in the frame, and no blood or torn clothing were present to indicate anyone had gained access to the business through the broken window. Qajar's business had a video surveillance system, but he claimed to not have the password to access the footage.
Due to the inconsistent nature of the Qajar's statement and the lack of supporting evidence, the El Cajon Police contacted the Department of Insurance to report possible insurance fraud. During the department's investigation detectives determined that Qajar sold one of the camcorders that he reported stolen. Detectives located and interviewed the person who  purchased the camcorder and confirmed that Qajar did in fact sell the camcorder. Detectives executed a search warrant for Qajar's residence and photography studio on May 29, 2014 and recovered many of the items that Qajar reported stolen.

Javier Jimenez, 38,  of Imperial Beach, purchased a new condominium owners insurance policy on August 6, 2013 and then reported a burglary two days later on August 8. Jimenez's insurance claim totaled $5,411 and included a 50 inch television, a microwave a Panasonic Toughbook and a safe with $200 in cash. The suspect filed a burglary report with the San Diego County Sheriff's Office and provided suspicious receipts to Farmers Insurance that detectives later determined were fake.

Stephen Niceler, 39, and Joanna Yeary 38,  of Chula Vista, are accused of conspiring  to purchase renters insurance on August 8, 2013 and then filing a suspected false burglary claim on August 17 for the fraudulent loss of cash and jewelry valued at $1,625. After the insurer requested documentation to substantiate the purchase, Niceler and Yeary allegedly purchased a receipt book from a local office supply company and forged a receipt for one of the jewelry items. They claimed the receipt was from a reputable jeweler in National City and faxed the fake receipt as proof of purchase.

Christopher Minnehan, 41, of San Diego, is accused of repeatedly filing fraudulent claims for the same property loss of an iPhone and iMac computer four times to three different insurance companies. Minnehan's false claims spanned three years and were discovered when one of the insurance companies ran a loss history on Minnehan and discovered the suspicious activity. The insurer reported the findings to the Department of Insurance.

The San Diego District Attorney's Office is prosecuting these cases.  Penalties could include fines, restitution and up to five years in state prison for each violation.