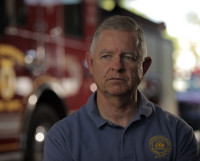 "The people who put together the video are truly pioneers in their field, so it was an honor to do it."- Vance Bennett, CSLEA Site Rep/Member, OES Emergency Management Coordinator Instructor II

When CSLEA Member Vance Bennett sat down in front of a camera to share his expertise on Risk-Based Response, a Hazmat Legends training DVD produced by the Emergency Film Group, it was not the first time he had been on camera, however it weighed in as one of his top honors.

"When they called and said they were looking for someone for the video, I told them I could refer them to some  experts in the field and they said, 'we want you in the video.'  I said, 'you gotta be kidding me?'"  said Bennett.

"We set forth  to interview 30 veteran hazmat responders, hoping their experience might not only add up to 90 years, but would also provide a great deal of wisdom to young hazmat responders," said Emergency Film Group's Gordon Massingham.  "Vance was chosen for his long experience with the Coast Guard, who were the real pioneers in the field. He has also been a great instructor and serves as the unofficial hazmat historian. "   (To learn more about HAZMAT LEGENDS, see their website at www.efilmgroup.com)

The Emergency Film Group produces training programs for emergency responders all around the world.  Many of the lessons are hazardous material-related.  As a California Office of Emergency Services Emergency Management Instructor at California Specialized Training Institute, Bennett fit the bill.  During his 26 years in the Coast Guard , he responded to many hazmat emergencies including the Exxon Valdez oil spill in Prince William Sound, Alaska in 1989 and the American Trader oil spill in Huntington Beach in 1990.  Oil spill hazmat response was his thing.

"I have been a part of emergency response in places throughout California and the Western Pacific," said Bennett.  " I left active duty, and in 1993 came to work at Office of Emergency Services."  As an Emergency Management Coordinator Instructor II,  Bennett is part of a small group.  "We're a small classification, there's about 15-20 of us in the agency."

Teaching courses in emergency response is serious and life-saving business, so it was interesting to discover, Bennett's first encounter with a film crew had more of a light-hearted feel to it.   Bennett appeared on the game show "Sweethearts" in 1987.  The show included a  panel of three celebrities who faced three couples. Each couple told an unusual  story about how they met, two  of the stories were false and one was real.  Each couple was questioned by the celebrities and the celebrities made a guess as to  which couple's story was true.  "We stood to receive $500 for every wrong guess," said Bennett.  "We won $1,000."  So where did he and his wife meet?  "We met while training rats for a decathlon as extra credit for a class in at San Joaquin Delta College," laughed Bennett. 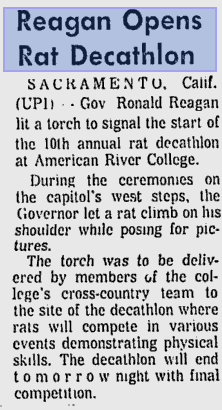 Bennett also responded to media inquiries while in the Coast Guard which meant the Risk-Based Response shoot was not as daunting as some may have thought.  "It was kind of an ego boost.  It is not too often you get to do something like that," said Bennett.  The prestigious training lesson sells for nearly $400 per DVD.     Bennett joked, "I think my mom bought a couple."

"Vance Bennett's experience as an emergency responder, including hazardous materials, and his role as a teacher, make him the perfect candidate for a project like this," said CSLEA President Alan Barcelona.  "As a result there is a national, if not world-wide, spotlight shining on this small but vital part of OES."