When our California Statewide Law Enforcement Association (CSLEA)  members who are investigators with the Contractors State License Board (CSLB) went undercover and posed as homeowners in 14 simultaneous statewide stings July 15-16, 2014, they came face to face with 97 people suspected of contracting without a license, many of whom have criminal records.

"These are not upstanding citizens and you don't want them  inside your home or around your family," said CSLEA President Alan Barcelona.  "The CSLB enforcement team works year-round and state-wide to protect unsuspecting consumers from inviting these people into their homes and hiring them to do home improvement projects."

CSLB investigators arrested 97 suspects who face charges that include contracting without a license, illegal advertising and requesting an excessive down payment.

Among those arrested, three were taken to jail, 11 were repeat offenders, four were sex offenders, four suspects had active arrest warrants, four suspects were  on probation, two were  former CSLB licensees, and one was identified as Samantha Pham, a woman who received widespread media attention last year as a so-called “Sweetheart Swindler.” 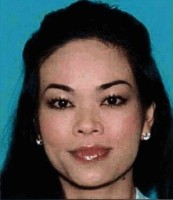 Pham, of Elk Grove, was busted in a sting held in Rocklin.  She is on probation after pleading guilty to various felonies last year,  including theft from an elder and an allegation of aggravated white collar crime. Pham was convicted of swindling an older man out of a luxury car, $200,000, and his Bay Area home. Her sentence included three years of supervised probation.  She was arrested for contracting without a license through a local business she runs, called Bella's Kitchen & Bath. She faces a number of new charges that include contracting without a license, fraudulent use of a CSLB license number, and requesting an excessive down payment.

“It’s particularly disturbing how many of the suspects we targeted turned out to be convicted criminals, many with a history of violent crimes and drugs,” said CSLB Registrar Steve Sands.  . “If you knew their backgrounds, you’d never allow them in your home.”

Three convicted sex offenders also showed up at the Rocklin sting.  Two suspects were on probation, one for arson and making terrorist threats.

In Atascadero, one suspect offered to build a deck for free, with materials he said he would find on craigslist for free, if he were  allowed to live in a camper that was on the property.

In Bakersfield, three suspects had arrest warrants, including one for felony possession of narcotics and paraphernalia, as well as making criminal threats.

In Corona, one suspect had an arrest warrant for felony forgery charges and was taken to jail. Two suspects had complaints against them for allegedly abandoning jobs, one after receiving nearly $11,000 in payments.

CSLB Video of sting can be found at: http://youtu.be/DKsyDEHtyao