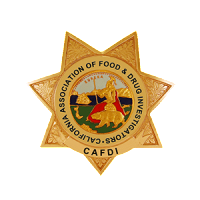 After an intense year-long, statewide investigation by nearly a dozen California Statewide Law Enforcement Association (CSLEA) members who are investigators at the California Department of Public Health (CDPH), the giant food distribution company Sysco Corporation will pay nearly $20 million dollars in restitution, penalties and costs for illegally and unsafely storing meat, milk, eggs and produce in outdoor storage units that were meant for household items like furniture and garage equipment.

"When CDPH investigators saw a whistleblower's account about Sysco storing food in unrefrigerated, outdoor San Francisco Bay Area storage units and eventually loading that food into a personal vehicle and delivering it to restaurants, they immediately stepped in," said CSLEA President Alan Barcelona.  "They were notified of the allegations July 8, 2013 and the very next day, and for many days, investigators checked out storage sheds, one right after another, up and down the state."

The investigation, lead by CSLEA Member and CDPH Investigator Karl Birusingh, uncovered more than one million Health and Safety Code violations dating back to July 2009.  CDPH began its investigation by travelling to  sheds, hidden from health inspectors, in 14 Northern California communities.  Investigators discovered at least 25 unrefrigerated and unregistered storage sites used by Sysco.

"The $19.4 million dollar settlement is the largest settlement by our department," said George Tiongson.  Tiongson is a CSLEA board member, president of the California Association of Food and Drug Investigators (CAFDI)  and  an investigator with the CDPH Food and Drug Branch.   "The amount of the settlement will definitely provide for future safeguards for the public and help prevent other companies from implementing the same practices."

"This investigation went from border to border and involved countless travel, phone calls, interviews, photographs, documents, and temperature charts.  This high profile case illustrates the important health-and-life saving work these investigators do year round," said Barcelona.  "Our CDPH investigators work daily to protect what's on our plates.  No one wants to become ill or die from food that is handled or stored improperly."

In a judgment on July 17, 2014,   Sysco Corporation agreed to pay $15 million in penalties and  more than $4 million in restitution.   One million dollars  in  food contributions will go  to California food banks and $3.3 million will fund a five-year, statewide CDPH food inspection program.

CSLEA would like to recognize the outstanding  work done by the following CSLEA members and CDPH investigators who were a part of this shocking food safety case:

CSLEA represents CDPH investigators as well as nearly 7,000 other law enforcement, public safety and consumer protection professionals who work for the State of California.