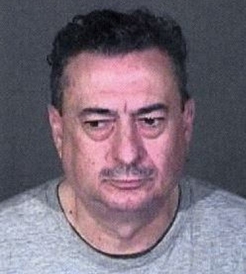 When the California Department of Insurance (CDI) received complaints about a Los Angeles insurance and bond agent, CDI investigators opened a case that has lead to the arrest of Isidro Santillan, aka Art Sanchez, 53 of Pacoima.   Santillan was arrested last month and charged with 13 counts of grand theft and three counts of commercial burglary.   He  allegedly stole more than $100,000 by selling insurance policies and bonds to licensed contractors and not forwarding the premium to insurance companies.

“When Santillan stole his client’s insurance premium money, he exposed business owners to great financial risk by leaving them without insurance coverage,” said Insurance Commissioner Dave Jones. “My enforcement team will aggressively investigate and bring to justice any insurance agent or broker that violates their fiduciary responsibility in the name of greed.”

Investigators allege Santillan, issued premium checks that did not require the payer’s signature and instead of sending the premiums to his clients’ insurers, he cashed the checks for his own personal use.  According to investigators, Santillan tried  to cover up his theft by providing both falsified and legitimate certificates of insurance and premium finance agreements. In some instances, he allegedly made partial premium payments but the policies were later cancelled by insurers due to lack of full payment.

"Our CSLEA members who are investigators in the Department of Insurance work many months, if not years on cases like this," said California Statewide Law Enforcement Association (CSLEA) President Alan Barcelona.  "These investigations can be lengthy and complex, but finally end in prosecution and conviction. "

The Department of Insurance launched an investigation into Santillan's alleged illegal activity late 2012 after receiving complaints about his business practices regarding the sale of commercial auto, general liability, and worker’s compensation insurance and bonds. Some of his victims discovered cancelled checks that exceeded the cost of the insurance policy they had agreed to purchase.

The Department of Insurance is looking for additional victims in this case and encourages anyone that may have done business with Sid Santillan, Art Sanchez, Insurance Service Center or Isidro Santillan Insurance Services to contact the Investigation Division, Valencia Regional office at (661) 253-7500.

If convicted Santillan faces up to 12 years in state prison.