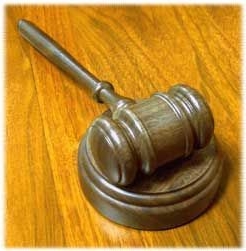 Despite being one of the most sophisticated law enforcement agencies in the State, the Department of Justice has demonstrated a callous disregard of the rights afforded its peace officer employees by the Public Safety Officers Procedural Bill of Rights Act ("POBRA").

In 2007, the CSLEA Legal Defense Fund (LDF) Board of Trustees authorized  affirmative relief for a suit brought by ASA-DOJ President Alfredo Cardwood for violation of POBRA.  Cardwood was represented by CSLEA LDF Panel Attorneys Gary Messing and Jason Jasmine of Carroll, Burdick & McDonough (CB&M). The Superior Court ruled Cardwood's rights had been violated when he was interrogated by a supervisor via telephone concerning his involvement in an off-duty incident.  The court ruled DOJ failed to provide appropriate notice that statements he made in response to questioning could be used for purposes of punitive action which would have triggered Cardwood's right to representation during questioning.

On February 9, 2011, the CSLEA Legal Division filed suit against DOJ for violation of POBRA on behalf of Special Agent Matthew Medina. At the conclusion of an internal investigation which resulted in no sustained charges, DOJ refused to permit Medina to access any comments that were adverse to his interests. Relying in large part on a case I had litigated previously (Sacramento Police Officers Association v Venegas), the Sacramento Superior Court ruled that Medina's rights under POBRA had been violated in the denial of access.

It appears that DOJ has not learned from its prior mistakes, and the Legal Defense Fund Board of Trustees has again authorized affirmative relief for two more violations of POBRA. In both of these cases, LDF has called upon CB&M to provide representation. On July 28, 2014, suit was filed in Sacramento Superior Court on behalf of Special Agent Supervisor James Rodriguez.  POBRA prohibits adverse comments from being entered into personnel files or files which can be used for personnel purposes. In August 2013, Rodriguez learned that his supervisor had maintained a number of comments adverse to Rodriguez in files on his computer. This was done without Rodriguez' knowledge.

And on September 17, 2014, suit was filed in Sacramento Superior Court on behalf of CSLEA President Alan Barcelona for violation of his POBRA rights. On October 10, 2014, DOJ removed the case to federal court. Barcelona was deprived of his right to be represented by his representative of choice in an internal affairs investigation that ultimately resulted in no sustained findings of misconduct. DOJ contends it had the right to disqualify Barcelona's chosen representative because the attorney was a witness to the incident in question.

These issues have the potential to impact any Unit 7 peace officer. Public Safety Officers have the right to be notified when an agency is conducting an interrogation which could lead to punitive action. Unit 7 peace officers are entitled to be aware of and have an opportunity to review any adverse comment maintained under the officer's identifying information. And an investigating agency does not have the discretion to dictate which attorney will be permitted to represent an employee in an investigation covered by POBRA.

CSLEA and the resources of its Legal Defense Fund will continue to zealously challenge these violations and any member who believes their POBRA rights have been violated is encouraged to contact us.