Why National Teen Driver Safety Week Is So Important October 19-25, 2014 - Talk to your teen 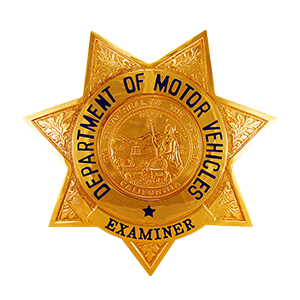 "We see the dangers of inexperienced driving every day, add to that distraction and a teen's feeling of being invincible,  and you have a very dangerous, and as we know, deadly combination." - COLRE President Francine Toth

As destructive as it sounds,  in the United States,  motor vehicle crashes are the leading cause of death for teenagers 14-18 years old.   According to the National Highway Traffic Safety Administration (NHTSA), nearly half of teen drivers involved in a crash, die.  In a recent survey, only 25% of parents interviewed reported having a serious discussion with their teenagers about the important safety factors of driving.

"Our California Statewide Law Enforcement Association  (CSLEA) members who are Licensing Registration Examiners (LREs) for the California Department of  Motor Vehicles (DMV) ride with  teenagers behind the wheel out on the road multiple times each and every day," said CLSEA President Alan Barcelona.  "They can evaluate a teen's driving skills and give them a thumbs up on their drivers test, but it's the parents who carry the weight when it comes to laying down the rules of the road."

Rules such as never drink and drive,  always wear a seat belt, avoid distractions such as texting ,  phone calls, and rowdy or loud  passengers and obey the speed limits, they are in place for a reason.

"Teenagers, like drivers of all ages, should be reminded to practice courteous driving," said Francine Toth, president of the California Organization of Licensing Registration Examiners, an affiliate of CSLEA.  "They may be driving next to, in front of, or behind someone whose reflexes or reactions to danger are much slower.  Patience is another thing parents should talk to their teen drivers about."

While National Teen Driver Safety Week is a great time to start the conversation, "Don't just talk to your kids about driving safely during this one week," said Toth.  "Talk to them about this on a daily basis.  Oh, they may act like they know it all, but in truth, your message will come across.  You love them, you want them alive, and staying safe behind the wheel is a key element as they travel on the road to their dreams."