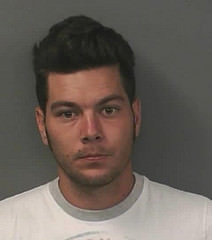 Our California Statewide Law Enforcement Association (CSLEA)  members with the Contractors State License Board  (CSLB) do not take kindly to unscrupulous workers who take advantage of unsuspecting consumers in need of home repairs.   Want proof?  CSLB Investigators and staff spent six years and thousands of hours to see that one man, who spent years scamming homeowners,  was sent to prison.

On November 5, 2014, George Joseph Stanley was sentenced to 11 years in state prison following a conviction for more than 13 felony and misdemeanor charges including grand theft and contracting without a license.

"Our CSLEA members with CSLB have proven time and  again, that California will not let up on those working in the underground economy," said CLSEA President Alan Barcelona.  "Not only are those law breakers hurting California, they're hurting licensed contractors and the consumers who fall prey to their scheming ways."

CSLB investigators throughout California, and contractor boards from other states, have caught Stanley numerous times since 2008 cold-calling residents and businesses with  truckloads of fresh asphalt and offering inexpensive paving work because he had “leftover material from a job he just completed in the area.” Networks of traveling criminals in the construction arena use this common ploy to hook unsuspecting consumers. When the job is completed, they immediately demand a significantly higher amount, claiming that more material had to be used, and the customer later finds the pavers used thinly-applied, useless material. 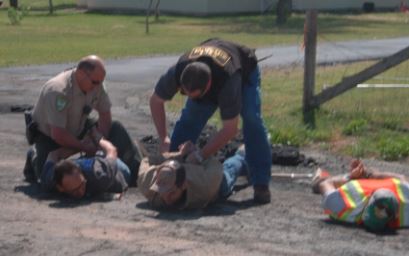 Stanley was on criminal probation from Butte County for multiple counts of fraudulent use of a contractor license and grand theft by false pretenses. He had been ordered not to work in the construction industry and to pay consumer restitution.  Then, he was found, once again, working as a paver. For not following probationary terms, Stanley was convicted and ordered to prison for 13 felony counts (Penal Code sections 487(a) – grand theft, and 532(a) – theft by false pretenses), and misdemeanor charges of contracting without a license (Business and Professions Code section 7028), for work he performed in Kern County.

In addition to prison time, Stanley’s sentence includes 13 new victim restitution orders that total more than $360,000. He was admitted to Deuel on November 14, 2014.

“The tremendous amount of investigative work by CSLB’s Statewide Investigative Fraud Team (SWIFT), and local investigators and prosecutors from several counties, has paid off,” said CSLB Registrar Steve Sands. “This individual may be behind bars, but consumers still need to watch out for these types of construction scams by first checking CSLB’s website to make sure the person is a state-licensed contractor.” 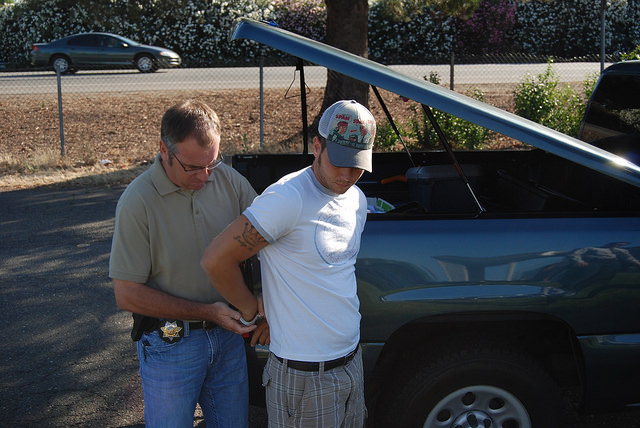 Stanley and his associates and/or relatives, have been caught engaging in paving scams in Tulare, San Joaquin, Stanislaus, Butte, and Yuba Counties. He also was known to be in Imperial, Fresno, and Ventura counties. His relatives, Kevin and George Snow, were arrested on similar contracting violations in Monterey and San Benito counties. Originally from Moosup, Connecticut, Stanley has been living in Stockton in recent months to meet his California probation terms. This group of swindlers also has been known to harm consumers, including the elderly, in Massachusetts, Pennsylvania, Colorado, Washington, and Hawaii.