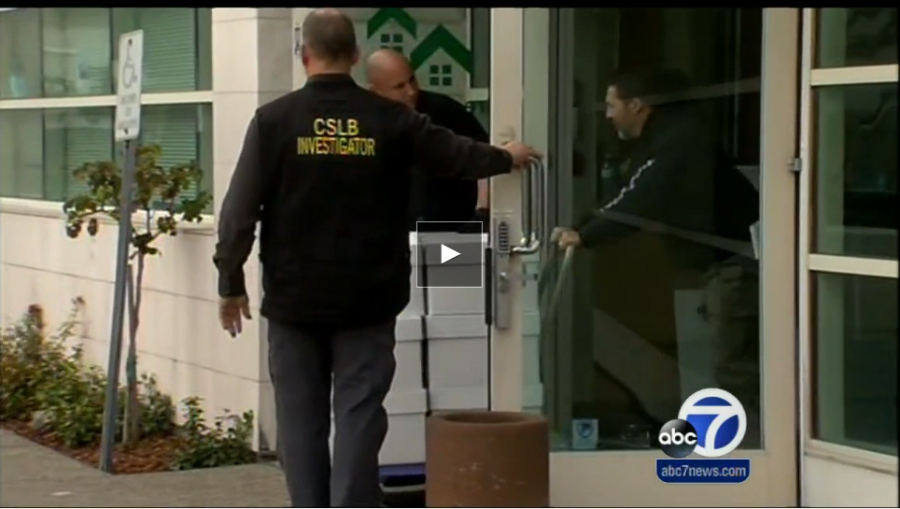 RIVERSIDE- The Contractors State License Board (CSLB) assisted in an investigation that lead to the arrest of a father and daughter in the San Francisco Bay Area. The two are accused of ripping off dozens of senior citizens in a walk-in bathtub scheme.

CSLB worked together with the District Attorney's offices in Riverside and Contra Costa County to investigate allegations made by consumers against the Richmond-based company, GreenworksUS, regarding possible misrepresentations and unfair business practices in the sales of “SafeguardTubs.” Many of the consumers were in Riverside County, but dozens of victims throughout the state lost more than $360,000 in the scheme.

"CSLB investigators work year round to protect consumers against contractors, legal or illegal, who prey on and rip-off unsuspecting homeowners," said Alan Barcelona, president of the California Statewide Law Enforcement Association (CSLEA) which represents CSLB investigators. "Selling something as one thing when it is actually another and falsifying a customer's financial information so they qualify for financing is despicable."

“These arrests are an important step in stopping a company whose sole purpose was to victimize unsuspecting or vulnerable consumers,” said CSLB Registrar Cindi Christenson. “This is the result of hundreds, if not thousands, of hours spent by dedicated investigators around California demonstrating how local and state agencies can work closely together to protect the public.”

In this case, it is alleged that GreenworksUS sales people entered the homes of the victims to commit a felony of theft by false pretense. Based on the evidence in this case, elderly victims were targeted by the company and sales people were instructed to use various misrepresentations to complete a sale. It is alleged the tubs were not made in America as the sales people stated and did not meet state and city codes.

It is also alleged that the suspects filed documents under penalty of perjury containing false information with government agencies by inflating the financial information of their customers on credit applications so their customers could qualify for financing.

The charges filed against the two defendants include burglary with enhancements related to elderly victims, theft from an elder or dependent adult, conspiracy, money laundering, and perjury. There also is an aggravated white collar crime enhancement. If convicted as currently charged, each defendant could face about 70 years in prison.

(Above video from abc7 news February 6, 2014 as search warrant was served)