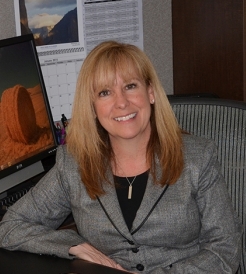 You could say California Statewide Law Enforcement Association (CSLEA) Legal Secretary Sherri Elrod has her feet firmly planted, after all, she is closing in on her 27th anniversary assisting CSLEA attorneys with complicated legal correspondence, unfair labor practice claims, pleadings, grievances and arbitration. But truth be told, Sherri Elrod is always on the run. Not just at CSLEA headquarters in Sacramento, but from coast to coast, crossing the finish line of marathons, half-marathons, 15, 12, 10 and 5K runs. 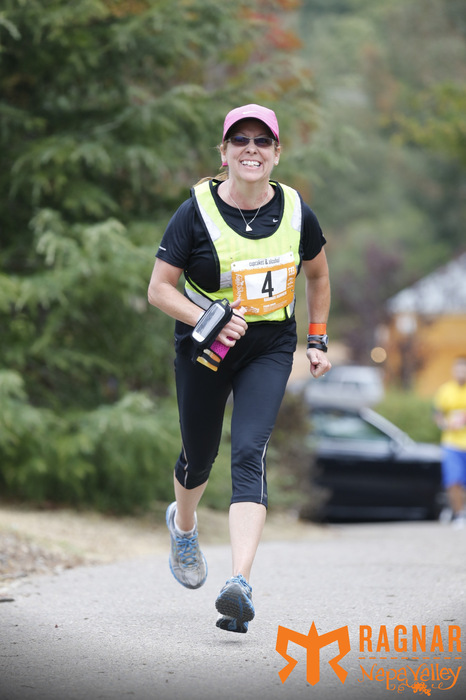 "I started running in the spring of 2010," said Elrod, "But what really caught everyone's eyes was the Disney Dopey Challenge I completed in Orlando, Florida over a four-day period this month."

In just four days, Elrod ran a 5K,10K, a half and a full marathon. The tattoo on her leg to showcase her achievement may be temporary, but the sense of pride and accomplishment will remain forever in her heart and mind.

"Running with friends, with a group you have come to know and trust, is what makes these challenges do-able and unforgettable," said Elrod.

"When Sherri brought her medals in from her recent challenge in Orlando, I said, why aren't we sharing her inspiration with our members?" said CSLEA President Alan Barcelona. "Here is someone whose job requires her to sit most of the day and yet she finds time and enjoyment in staying active, fit and competitive with her own finish times. She defines vitality and sets a good example for the rest of us." 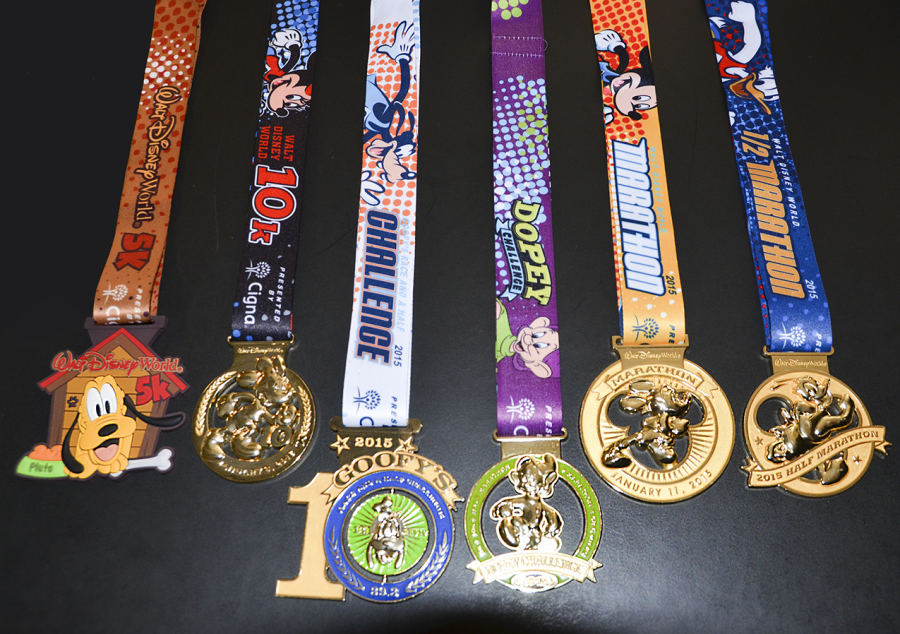 In the nearly five years that Elrod has been running she has participated in three marathons, 37 half-marathons, one 10-mile race, one 15K, three 12K's, four 10K's and ten 5K's. Did we mention the relays? She has participated in four relays, running from San Francisco to Napa with the Ragnar 36 Hour Relay Team which consisted of 12 individuals and three California International Marathon Relays. Some of her favorite challenges are at Disneyland and Disneyworld. 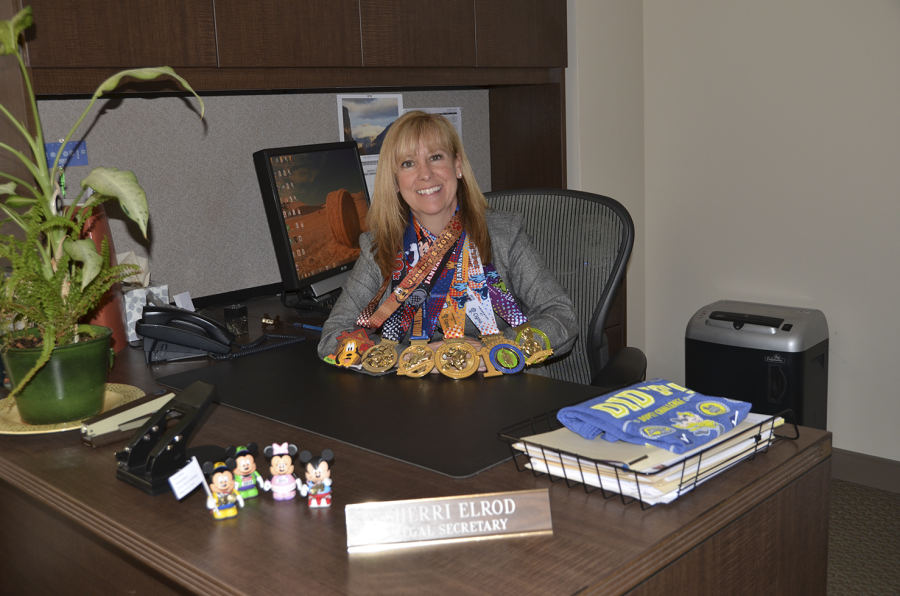 Back to the 8 to 5 grind, where it is Elrod's fingers that do all the racing across a computer keyboard, you won't find a more organized and detailed legal secretary.

"She's a stickler when it comes to organization and details," said CSLEA Attorney Andrea Perez. "She doesn't miss a thing, whether it's drafting a subpoena, preparing our site representation training material, a grievance or any other legal correspondence. She's someone you want on your team."

So organized is Elrod, she already has her 2015 runs on the calendar, beginning with a marathon in Redding January 17th and ending with the California International Marathon in December with half-marathons and 10K's in between. 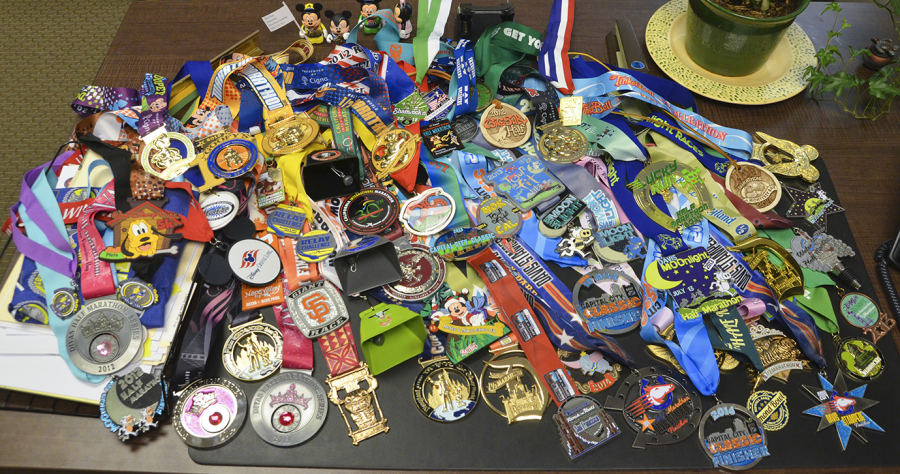 All of Sherri's medals weigh in at 19lbs!