Paying Respect To Fallen NYPD Officer Raul Ramos "The service was indescribable with over 25,000 peace officers in attendance from every state in America, along with officers who travelled from other countries." - CSLEA Member, California State Parks Peace Officer Lifeguard James Bray

"It was a very somber experience," said CSLEA Member, California State Parks Peace Officer-Lifeguard Josh Pace. "It especially hit us hard when the motorcade came through and we saw NYPD Officer Ramos' children with their faces plastered against the windows staring at all of us there in support of their father. There was not a dry face among us."

In last minute travel arrangements, on December 26th, Pace flew to New York on a red-eye with CSLEA Member, State Parks Peace Officer-Lifeguard James Bray. Both work in Ventura and wanted to represent their department at a service that drew more than 25,000 peace officers from across the country. 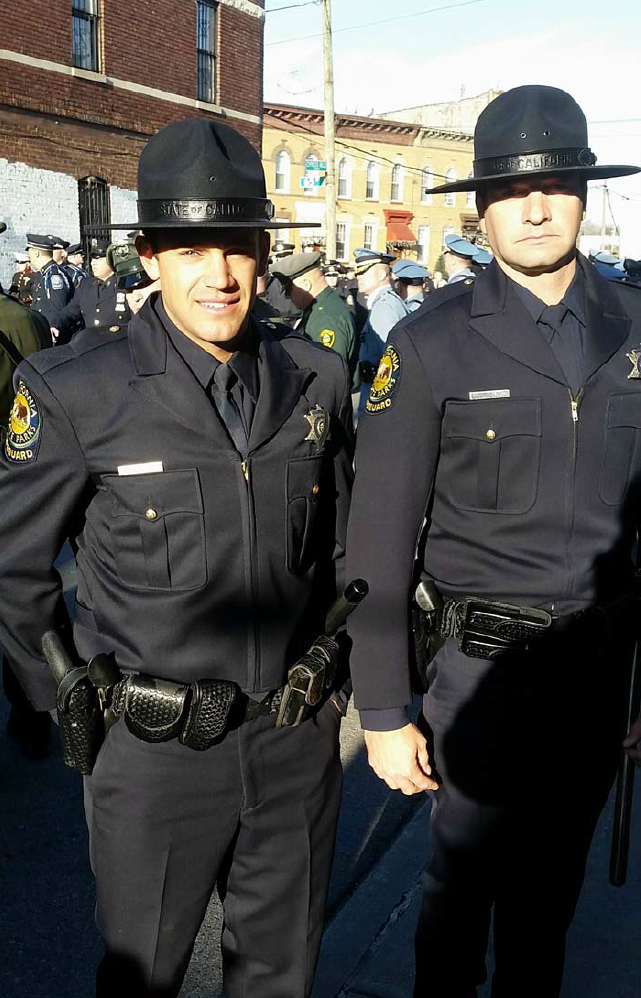 "We had limited knowledge of New York and got a lot of quick, impromptu help from citizens and NYPD officers once we hit the ground," said Pace. "We had officers in Ventura and all throughout the state doing research for us and texting us what subway to get on and what precinct to get to."

"This opportunity for us, as well as hundreds of other officers, was made possible thanks to Jet Blue Airlines," said Bray. "With short notice, no confirmed lodging and little-to-no planning, we decided there was no excuse for us not to attend and honor a fellow brother."

NYPD Oficers Ramos, 40 and Liu, 32, were gunned down in their patrol car December 20th by a man who targeted them because they were cops. Jet Blue Airlines flew hundreds of officers from around the country to the service, free of charge. 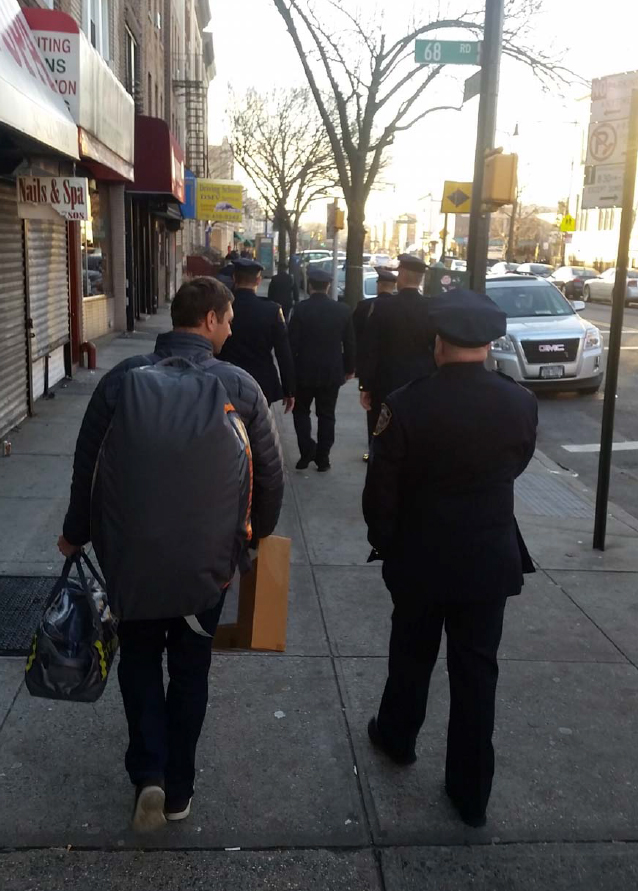 "After the red-eye flight to New York City and a few subway train mishaps, we ran into five of NYPD's finest," said Bray. "They insisted they would personally walk us five blocks out of their way to our destination, NYPD Precinct 104. Precinct 104 was the closet NYPD precinct to the service and was where we changed into our Class A Dress Uniforms."

NYPD officers and New York residents thanked Bray and Pace for their support, acknowledging they had flown from coast to coast to pay their respect. Some were amazed to learn that peace officer-lifeguards existed and asked to have their photos taken with Bray and Pace.

Never forgetting the reason for their trip, following the funeral service, the two peace officer-lifeguards thanked the officers from Precinct 104, changed into their street clothes and then visited the location where Officers Ramos and Liu were killed. They paid their respect to fellow NYPD officers who were guarding the scene and then rushed to see the new Liberty Tower, the 911 Memorial Site and the Statue of Liberty before wrapping up their 36-hour trip. 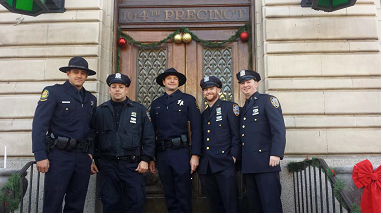 "This around the clock trip to honor these two keepers of the peace further engraved the principles of which our nation represents and those that our increasingly scrutinized profession stands for," said Bray. "This experience was extremely meaningful for both of us in several ways and left us with a strong sense of pride working in the profession we do." 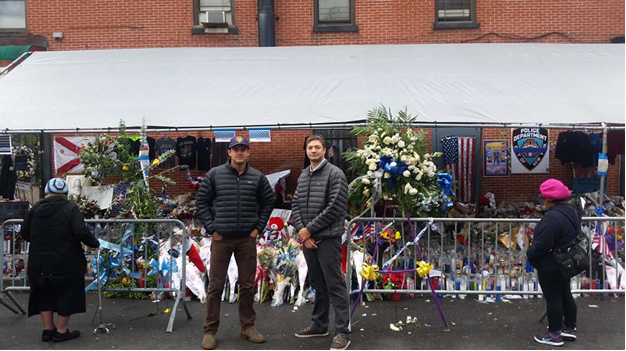 “The officers who volunteered to represent State Park Peace Officers on this day of remembrance did so on their own accord; finances and dedication to our chosen profession," said Resource Protection Peace Officers Association (RPPOA) Secretary John Lucich. "There was a buzz of communication and urgency throughout the rank and file for anybody willing to show support, two of our best officers stepped up, received the needed approval and support from their district and represented us all in the best of light. It is this type of support and unity that when it is time to act you will see our officers, especially lifeguards answer the call.” 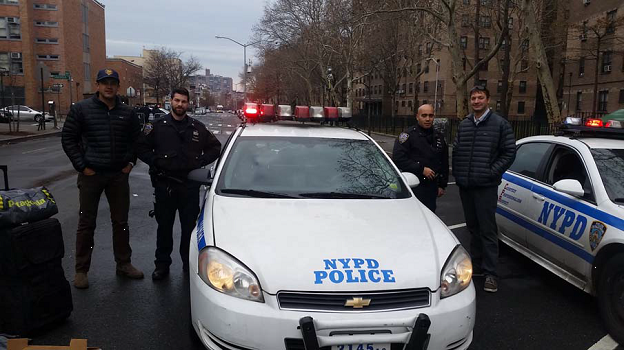 "For these two CSLEA members and peace officers to jump on a plane overnight, the day after Christmas, travel to the other side of the country for a funeral service and a few memorial visits all within a 36 hour time period, showcases the bond, the brother and sister-hood of law enforcement," said CSLEA President Alan Barcelona. "They represented us all as they stood proudly in the their dress uniforms and stood tall for Officer Ramos' children as the motorcade drove by. It's a moment Officers Pace and Brady will always remember and we thank them."

"It was an honor to represent California State Parks in New York, said Pace. "It was a unique, overwhelming experience."