Rodriguez and his wife own a seal coating and slurry business that operated under numerous names including United Seal Coating, United Paving and Santa Barbara Paving.

The three were arrested after an investigation by the California Department of Insurance, the Franchise Tax Board, the Employment Development Department, the Division of Labor Standards Enforcement and the Santa Barbara District Attorney's Office.

The Santa Barbara District Attorney's Office is asking anyone who was employed by the suspects within the past four years who may have been a victim of wage theft or denied Workers' Compensation benefits to contact its office.

"These teams of investigators are tackling workplace fraud throughout California," said Alan Barcelona, president of the California Statewide Law Enforcement Association which represents investigators from the State agencies that investigated this case.  "Fraudulent business owners and operators should consider themselves put on notice.  As these investigators share information from each of their departments, there is now a streamline from suspicious activity being investigated to arrest.  No honest, hardworking employee should be subjected to illegal activity that effects their safety and/or their pocketbook." 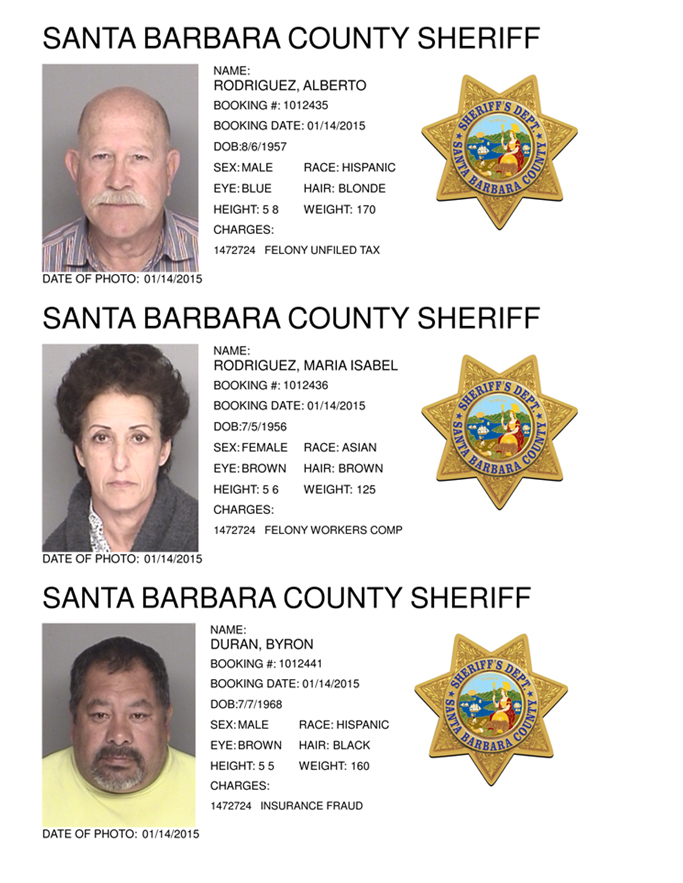