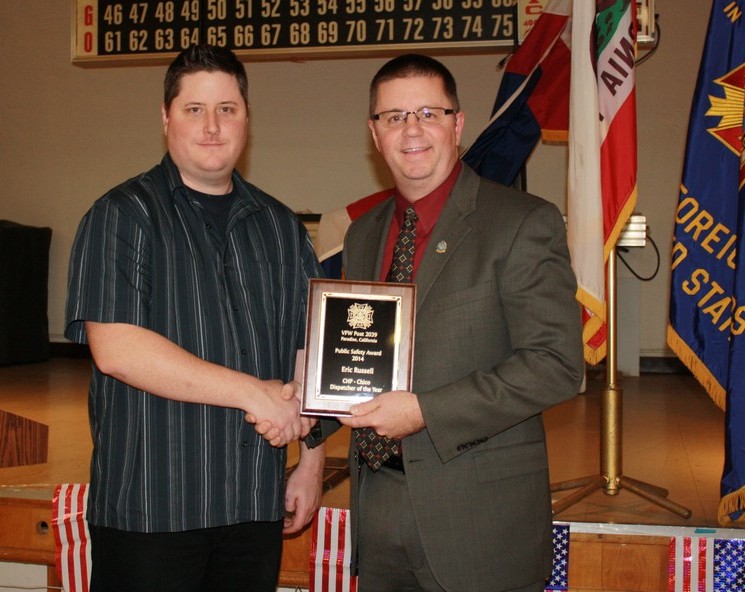 Russell credits his sister for encouraging him to apply to be a dispatcher. He typically works the night shift and is responsible for dispatching for five CHP Areas, including Yuba-Sutter, Oroville, Willows, Williams, and Chico. Russell has a bachelor's degree in criminal justice administration from CSU, East Bay. He has handled numerous critical incidents as a CHP dispatcher, including a 2013 pursuit which originated in the Oroville CHP Area and terminated in Paradise with an officer-involved shooting. Russell was chosen by his peers as the Dispatcher of the Year for his professionalism, his dedication, and his compassion for helping people in need. Outside of work, Russell enjoys playing guitar and spending time with family and friends in the Bay Area, where he grew up.

"A CHP Public Safety Dispatcher does not have an easy job, " said CSLEA President Alan Barcelona. "They are on the front line of emergency response and work under a lot of pressure. They managed emergencies, panic and adrenaline in a professional manner and are some of the best trained in the nation."

"The public safety awards dinner was a great success," said VFW Post 2039 Paradise Commander Wes Cochran. "We have done this for 27 years now. More than 200 attended and we gave out 15 awards." Cochran is a retired Deputy State Fire Marshal and CSLEA member.