BAKERSFIELD - On February 5, 2015, more than 300 Bakersfield-area residents attended a community meeting designed to help them learn more about AB-60, the new driver license law, and how to avoid becoming a victim of the latest schemes that target members of their community. 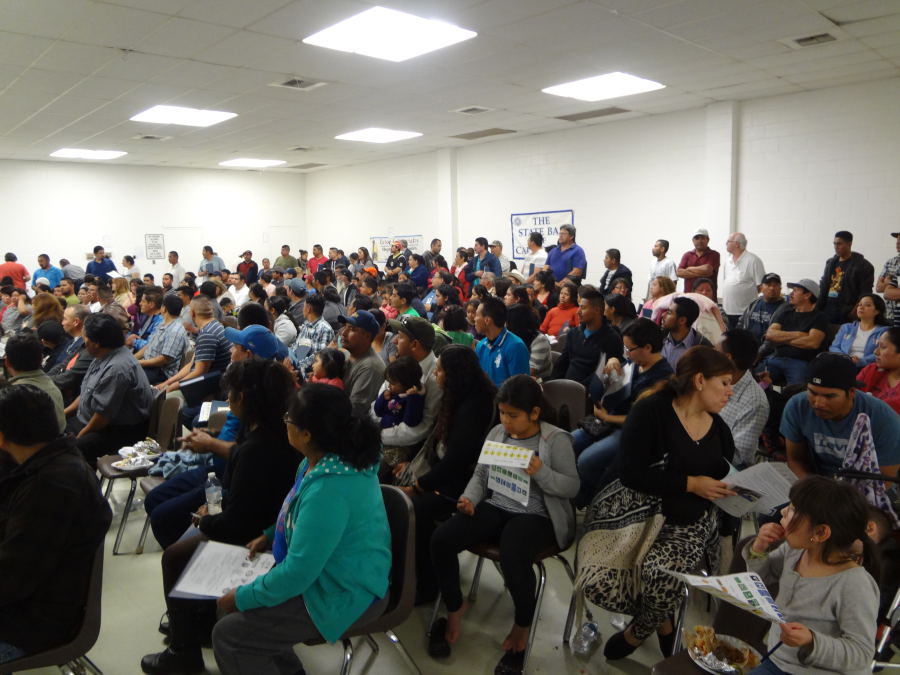 "The California Statewide Law Enforcement Association (CSLEA) teams up with members of the California State Senate and Assembly to help provide this information to citizens and consumers," said CSLEA Board of Director and CFO Ricardo Sanchez. "This was a Spanish-speaking community gathering in which I was able to present, to those who attended, ways in which to protect their identities through careful use of their new driver licenses. I was also able to make them aware of the latest schemes scammers are using to get at their information." 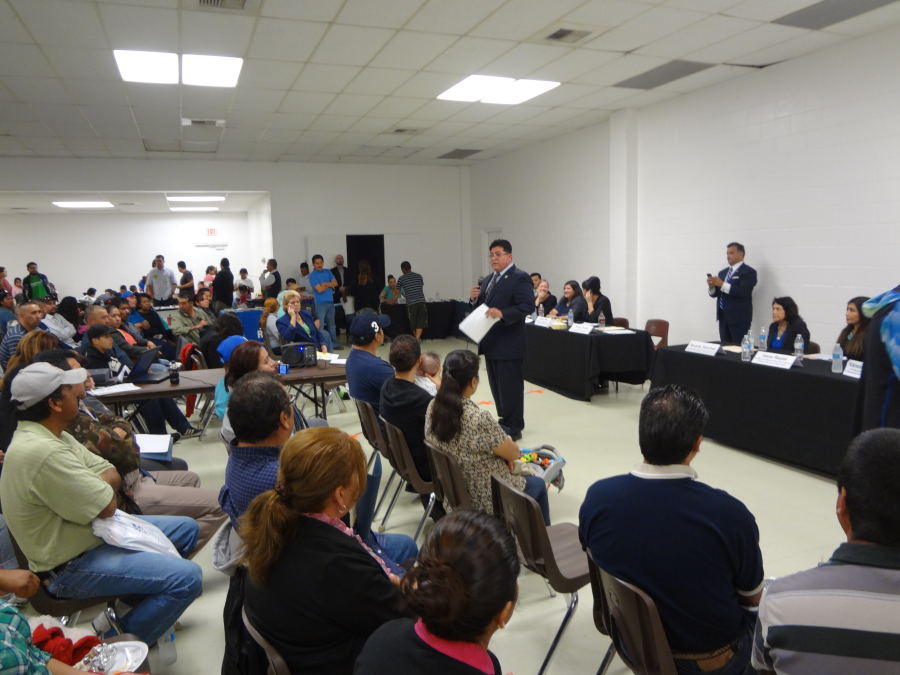 The community meeting was hosted, in part, by California Assemblymember Rudy Salas and Kern County Supervisor Leticia Perez and was held at the Bear Mountain Recreation and Park District Office in Lamont.

CSLEA's Kenny Ehrman and Ricardo Sanchez with UFW's Dolores HuertaOthers participating in the event included the State Bar of California, ACLU, and Dolores Huerta co-founder of the UFW Foundation, to name a few.

"We go up and down the State teaching our citizens and consumers how to protect themselves from fraud," said Sanchez. "CSLEA is an association of law enforcement, public safety and consumer protection professionals who work for the State, who better to know the latest schemes, scams and rip-offs? It is our members who do many of the investigations - from insurance and dmv fraud to violations at work, identity theft, you name it. We are happy to lend our expertise to help educate." 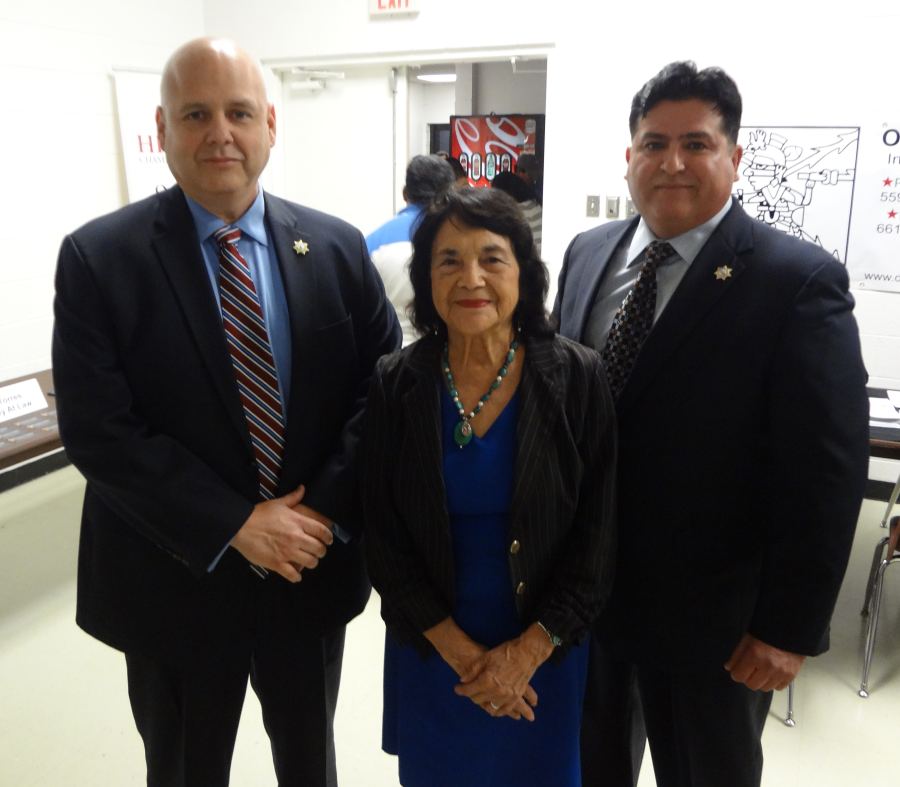 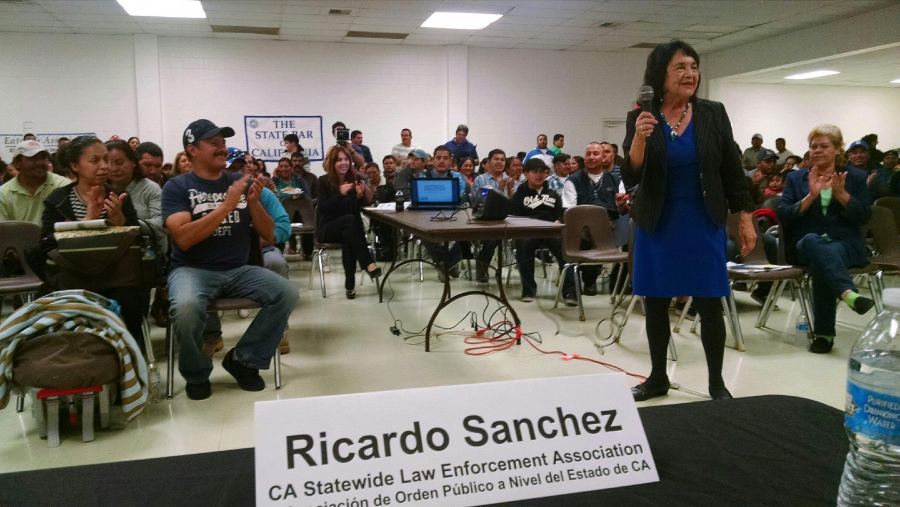