GRANITE BAY - On Sunday, April 26, 2015, the California Department of Parks and Recreation held  its annual requalification and new hire swim at Folsom Lake, one day after it held a similar swim at San Luis Reservoir in Merced County. 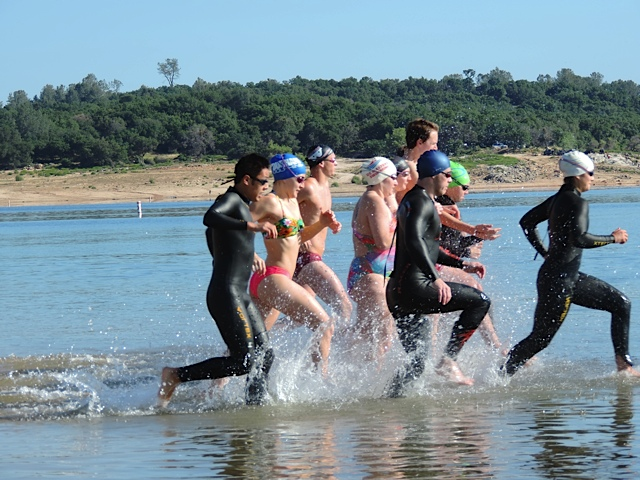 "I had the extreme pleasure of attending both qualification swims to meet those who are trying to qualify or re-qualify to become lifeguards for the State of California this summer," said California Statewide Law Enforcement Association (CSLEA) Secretary Bernadette Gonzalez.

"There is such a bond among lifeguards, 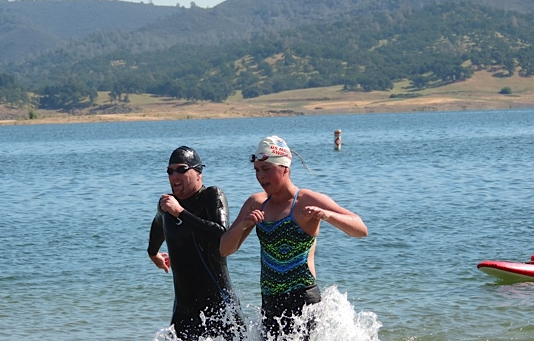 I  watched Lifeguard Supervisor Mike Martino go into the water at Folsom, and swim out to the last participant coming in and then swim back in, side by side, with that participant encouraging that participant to keep pressing forward.  It was also a pleasure to see Department of Parks and Recreation Assistant Chief of Law Enforcement Scott Bayne out there supporting the effort." 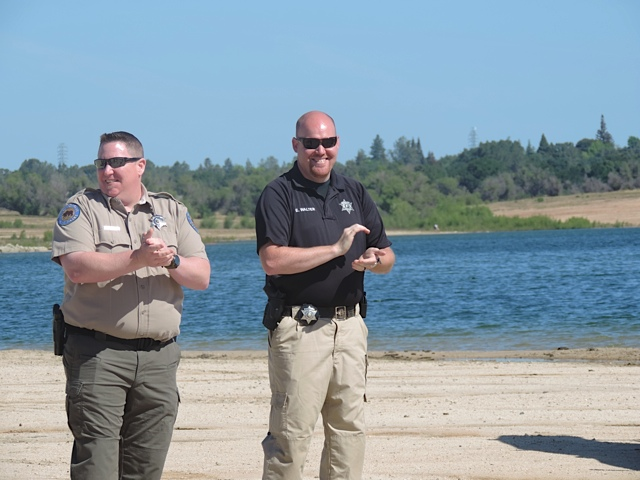 Prior to the qualification swim at Folsom Lake, on Saturday, April 25, 2015,  State Parks held a similar qualification event at San Luis Reservoir.  The swims was two  of many held throughout the State as candidates for summer lifeguard positions at State beaches put their strength and endurance to the test. 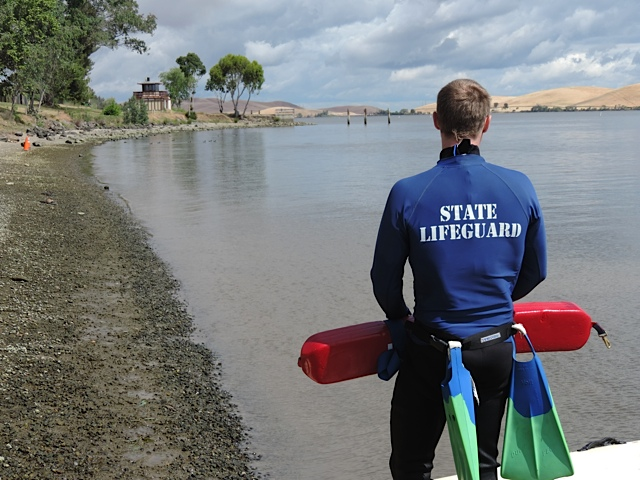 Qualifications have been held at Huntington Beach, Half Moon Bay, Silver Strand, Gaviota, Oceano, and in Monterey. Qualified candidates have a chance to advance to the state parks lifeguard training which is an 80 hour program that includes CPR training, first aid, lifesaving and search and rescue skills. 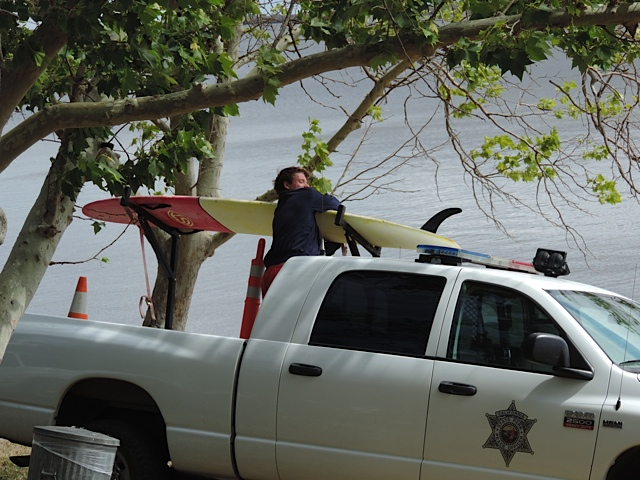 "Seasonal lifeguards provide a very valuable service to the tens of thousands of people who use our State beaches every summer season," said Alan Barcelona, president of CSLEA.  "Their training is intense and their duties, life-saving.  We wish all of them a very safe season." 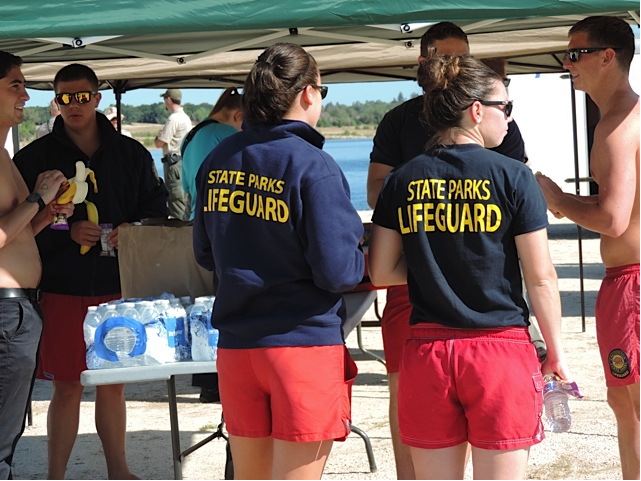