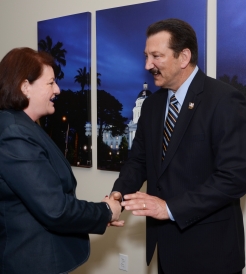 "This was a terrific opportunity for us to share with the Speaker, in a round-table discussion, what is important to our members, issues that need attention," said Barcelona.  "It is always a good conversation with the Speaker and she knows what are members need and want."

"I told the Speaker, when citizens see peace officers they should feel comforted and protected.  We, as association leaders, don't want to see bad policing," said Barcelona.    "We will work with legislators, community leaders, and other public safety associations to make this happen."

In addition, Barcelona reiterated what CSLEA Directors talked to the Speaker about during their February board meeting, the need to keep a promise when it comes to pensions and the need to address health care costs.

"I also talked to the Speaker about body camera's  for our peace officers.  There are numerous bills being discussed at the Capitol right now and there are many issues that need to be worked out," said Barcelona.  "I believe the number of convictions will go up with the use of body cams and the number of complaints involving any bad behavior, from either party involved in police interactions, will go down." 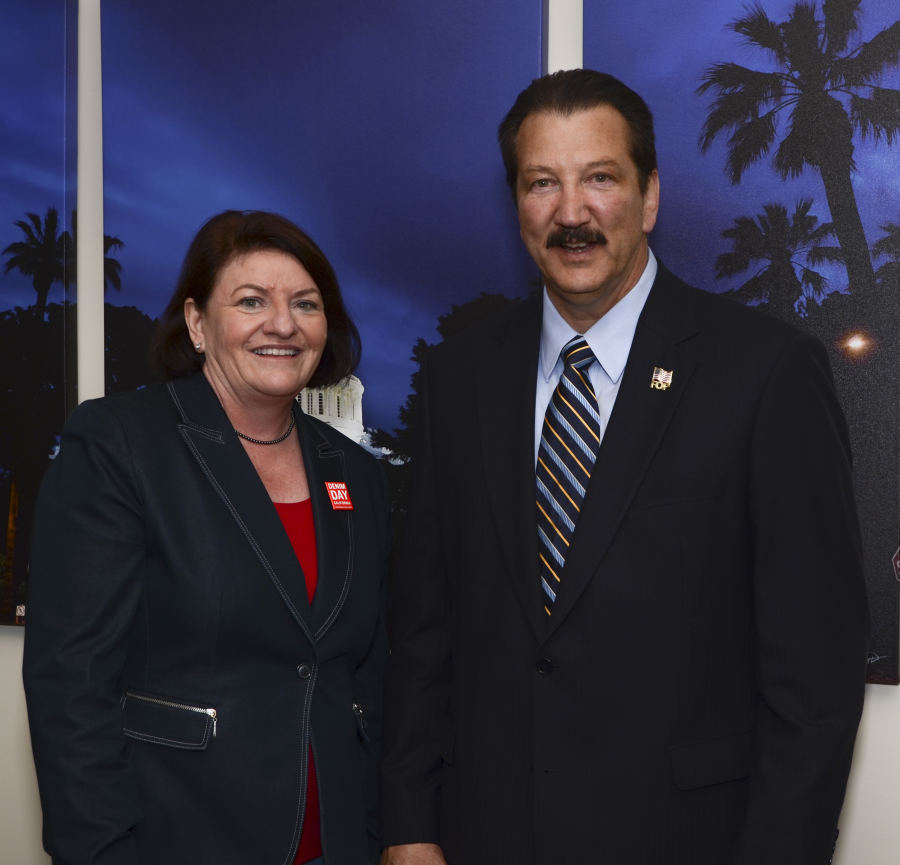