"This case is another big spotlight on the great job our CSLEA members do investigating fraud and combating  the underground economy which costs the State of California billions of dollars in unpaid taxes." - Alan Barcelona, CSLEA President

LOS ANGELES --  The CEOs of two sewing companies that were subcontracted by True Religion Brand Jeans were arrested April 15, 2015, along with their CPA, on 18 felony counts of workers' compensation insurance fraud totaling more than $11 million dollars in losses. 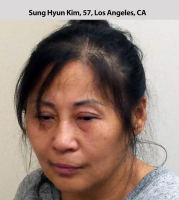 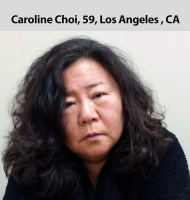 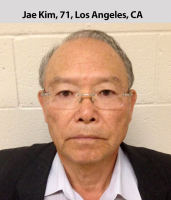 "The underground economy is not a victimless crime," said Insurance Commissioner Dave Jones. "By underreporting payroll, paying employees under the table and committing workers' compensation insurance fraud, these employers cheat the system and leave their employees at risk."

Kim and Choi are accused of fabricating payroll records provided to insurance carrier auditors with the help of CPA Jae Kim. State Fund notified Department of Insurance detectives when they discovered payroll reports submitted to them by the companies showed significantly less total payroll than similar reports submitted to the California Employment Development Department (EDD). Evidence also revealed many employees were paid under the table through a bank account that was never disclosed to EDD or insurance carriers.

"These cases are often complex and require much work on behalf of CDI detectives," said Alan Barcelona, president of the California Statewide Law Enforcement Association (CSLEA).  "These detectives combat the underground economy and every type of insurance fraud you can fathom.  They are good at what they do and good at seeing these cases through from beginning to end."

This case was a joint effort of the LA County Premium Fraud Task Force including State Fund and EDD.