CHP Dispatchers Surprise Officers During National Police Week "They all worked extremely hard this last year and have been through a lot of bad press during the protests." - CHP-PSDA Board Director, CSLEA Site Representative Gina Walls

When National Police Week 2015 approached May 11- 17,  our California Statewide Law Enforcement Association (CSLEA) members who are dispatchers in the CHP Golden Gate Communications Center (GGCC) knew they could not let it pass without some special acknowledgement to, and appreciation for, the CHP officers they work with day in and day out.

"GGCC floor decided that we needed to give back to our division officers because they all have worked extremely hard this last year and have been through a lot of bad press during the protests," said CHP Public Safety Dispatchers Association (CHP-PSDA) Board Director and CSLEA Site Representative Gina Walls.  "Some of our officers were hit in the head with rocks, had paint thrown on them and were verbally assaulted, frequently.  So we decided to show them how much we appreciate them and how thankful we are for their service"

With more than 1,100 officers in their division, GGCC dispatchers knew they would have their work cut out for them.  Dispatchers Terri Kellogg and Sam Dee (also a CSLEA site rep) stepped up to the plate and volunteered to lead the project.   GGCC dispatchers then pitched in and decided presenting the officers with a plaque and baked goods would be a fun way to say, "We appreciate you." 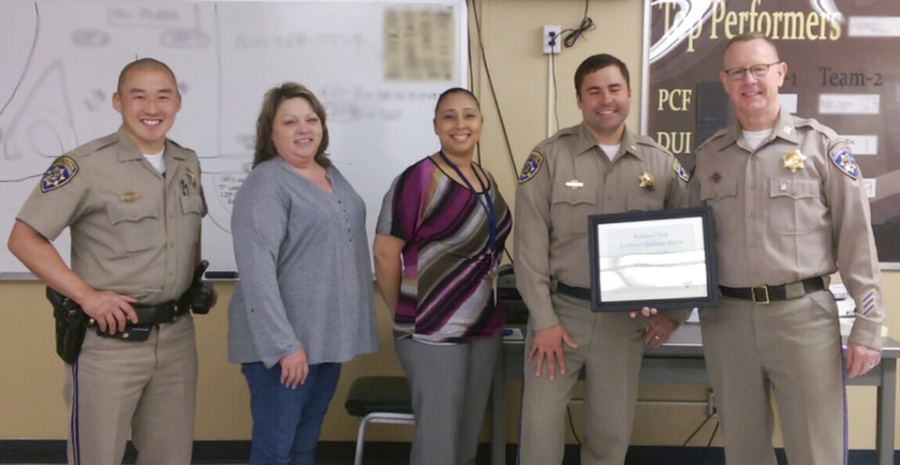 Day and night, at home and in the GGCC kitchen, the dispatchers baked.  There were cookies, cupcakes, bars  and brownies.  All wrapped and ready for delivery,  the dispatchers went on the road, presenting officers with the gifts of appreciation in two to three areas a day during the entire week.

The response was terrific.  The officers appreciated their beautifully framed and thoughtfully created certificates and their treats. 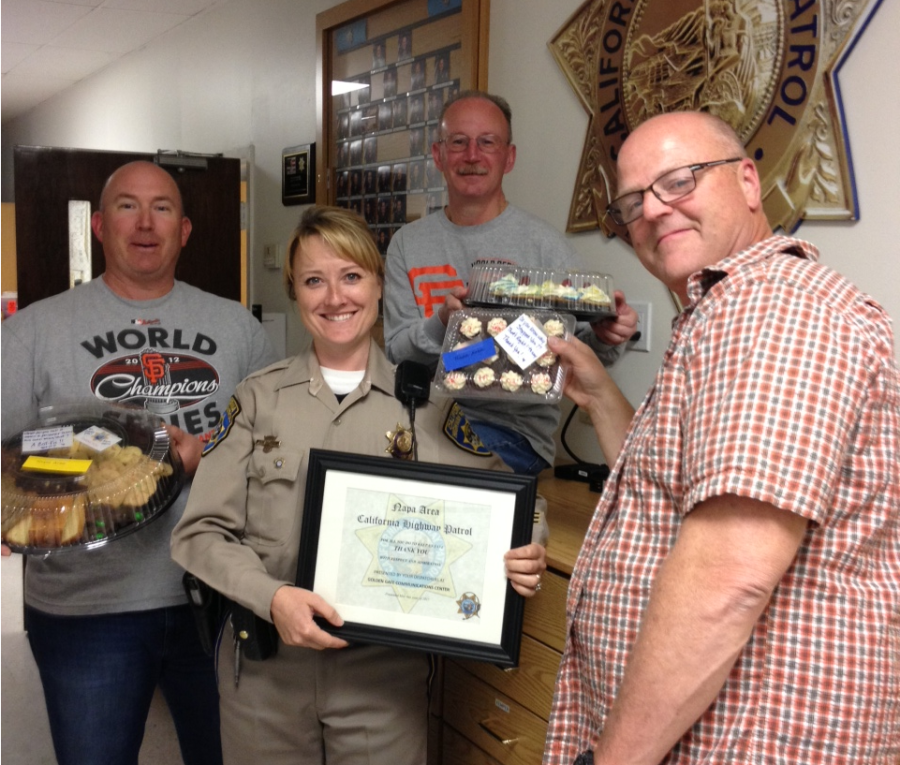 "We appreciate our officers each and every day," said project Co-Leader and Dispatcher Terri Kellogg.  "However, during National Police Week, we wanted to present them with a small but heartfelt gesture of the love and respect we have for them.  We pray for their continued safety."

"This act of kindness and appreciation is indicative of our dispatchers," said CHP-PSDA President Tina Brazil.  "They are well trained first responders with big hearts.  They are there for the public during times of emergency and there for the officers they dispatch to those emergencies.  CHP is a family and families take care of one another."