SACRAMENTO - On Thursday, May 21st, representatives of the Resources Protection Peace Officers Association (RPPOA)  made the most of their day in Sacramento as the voice of the rank and file in changes coming to the Department of Parks and Recreation. 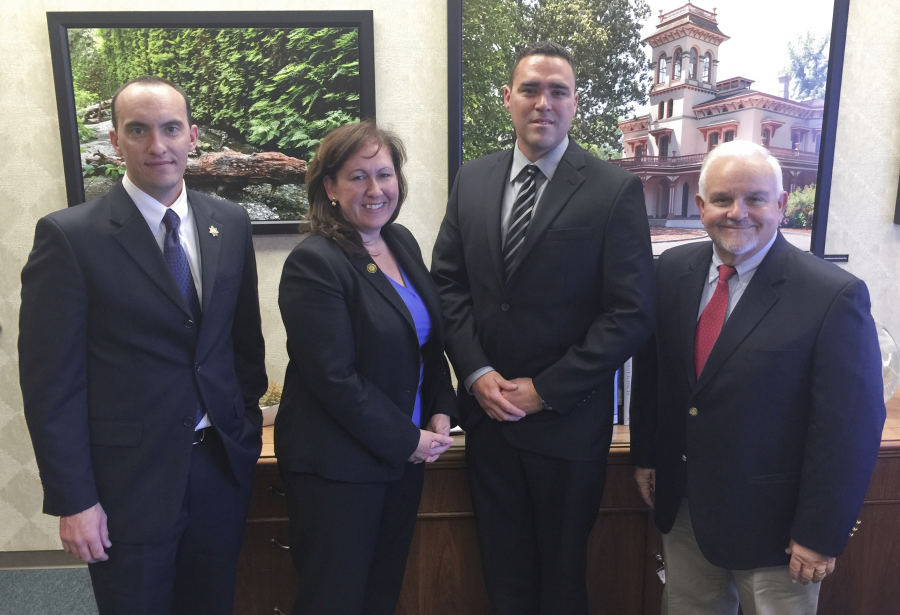 RPPOA President Matt Yarbrough, Vice-President Geno Lucich, and Sr. Advisor Paul Mills collaborated with California Statewide Law Enforcement Association (CSLEA) Chief Counsel Kasey Clark, Sr. Legal Counsel  Dave De La Riva and CSLEA Legislative Advocate Shane Lavigne of Capitol Advocacy on various approaches to leverage RPPOA's position legislatively and via the media. Lavigne forecast how cost items in the Parks Forward proposal would likely play out in the budget process and how CSLEA and RPPOA would get ahead of the curve for the next budget cycle. 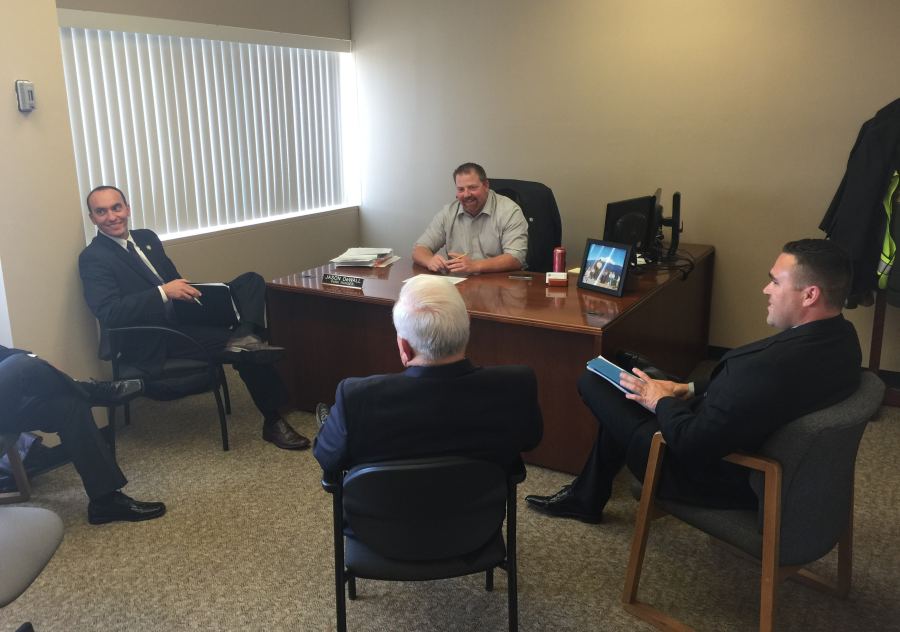 The group next met with Jason DeWall, the Chief of State Parks Law Enforcement Division. DeWall  related his recent involvement in the committee assigned to compile a list of common tasks and the data collection process which would be utilized to assess the cost and value of the varying services of the law enforcement division. DeWall has also involved a representative from the California Commission on Peace Officers Standards and Training to assist Parks in the development of an effective management and chain of command structure. The group also discussed the pros and cons of a strict law enforcement chain of command. 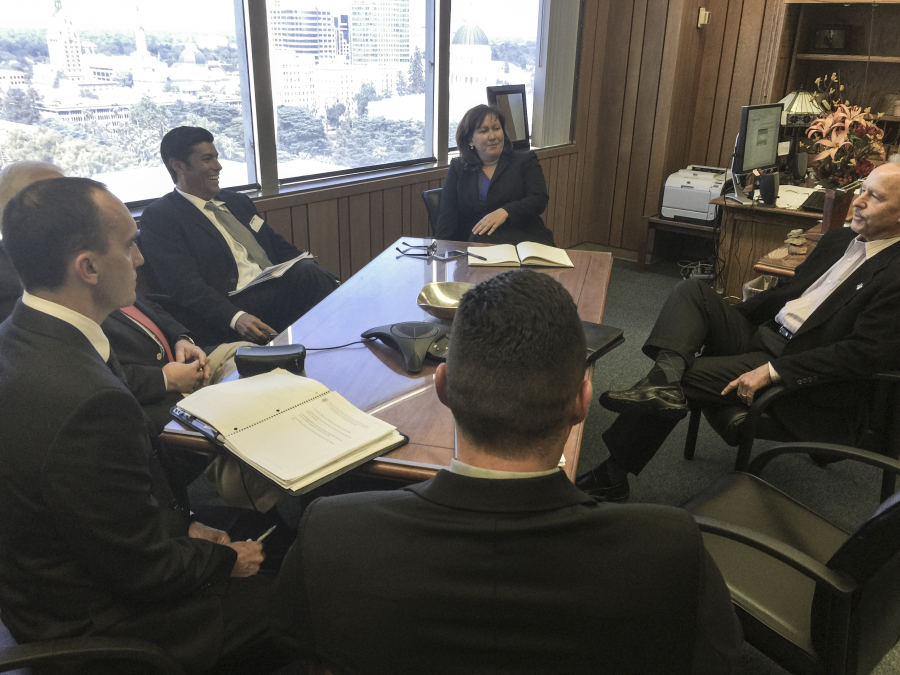 The last meeting of the day was with Parks Director Lisa Mangat and the leader of the Transformation  Team, Steve Szalay. The meeting was very productive. Szalay provided insight on how service-based budgeting would provide quality data to support the budget and staff required to transform and modernize Parks. Mangat detailed the history of budget problems and inadequate funding which ultimately gave rise to the sweeping of vacant positions. Mangat and Szalay requested, and RPPPOA committed to, having representatives on the committee assigned to create the service-based budgeting model. Mangat also committed to regular meetings with CSLEA and RPPOA during the tranformation process.

RPPOA President Matt Yarbrough was optimistic about the future of Parks and its peace officers:   "Although I was somewhat skeptical of Parks' intentions going in to the meeting with the Director, it was refreshing to meet firsthand with someone who is not only a fan of the State parks system, but its peace officers as well. Director Mangat clearly understands the intricacies of what it is going to be necessary to modernize antiquated systems and is open to input from the rank and file on these issues. RPPOA looks forward to be an active player in shaping Parks' budget and policy."