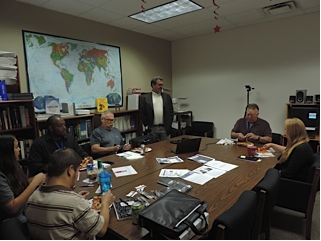 "Sending a CSLEA team of representatives out to our criminalists throughout California has been a plus, for CSLEA and for our AC-DOJ members," said CSLEA President Alan Barcelona.  "We have now visited our criminalists and latent print examiners in Riverside, Richmond, Fresno, Sacramento and Santa Barbara.  It's vital that we share all the benefits and services CSLEA offers and just as important that we hear from them, especially as we approach contract negotiations next year." 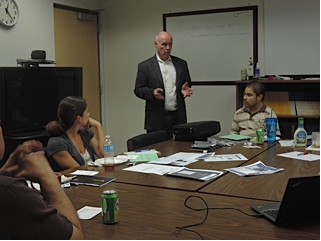 "It was an interesting experiment to use Skype, since I couldn’t attend the meeting, and I think a successful one," said AC-DOJ President John Miller.  "Since being able to see facial expressions is a big part of communicating with others, it was great to see our members’ faces instead of just being a disembodied voice on the phone. I prefer to visit in person, but in those instances when that’s not possible, Skype works fairly well.”

AC-DOJ plans to set up meetings with labs not yet visited, in the coming months.