State Parks Director Awards Comm Operator Maria Cordero Ripani "Staying on the phone for 45 minutes with a suicidal man while staffing a com center alone and trying to get someone on the scene with him took smarts, strength, compassion and courage, and Maria Ripani demonstrated all of those things." - CSLEA President Alan Barcelona 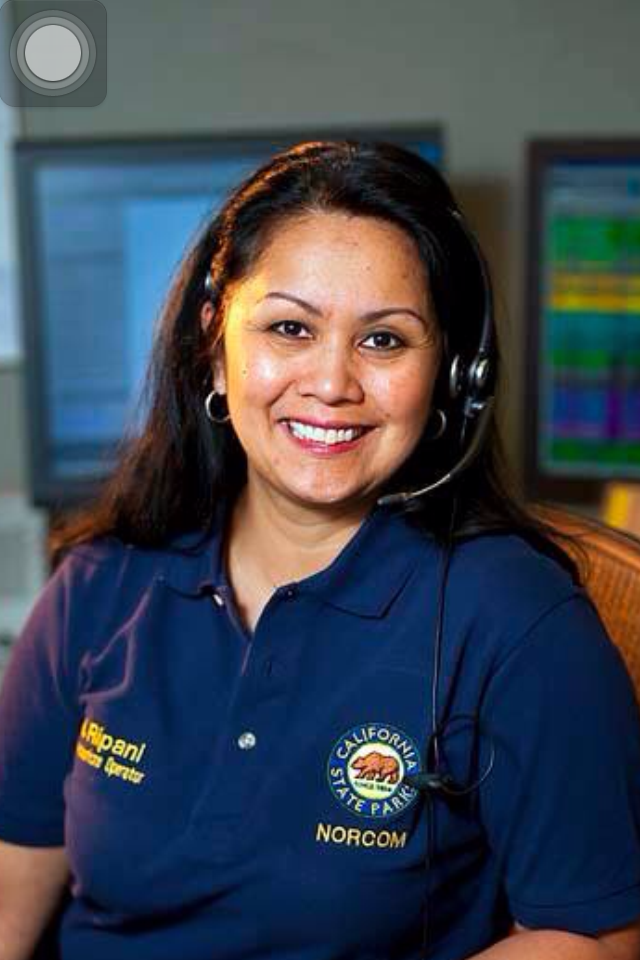 SACRAMENTO- When California Statewide Law Enforcement Association (CSLEA) Member Maria Ripani relieved the graveyard shift at the Communications Center at Prairie City State Park in Sacramento County early one morning in 2014, she had no idea what her day as a State Parks communications operator would have in store for her.

Typically receiving calls about boating or bicycle accidents, drownings, fights, indecent exposure or lost hikers, her first emergency call for help came from a man who was determined to take his own life in a State Park in Santa Cruz County.

"He was a Veteran who had just come back two months ago from Iraq, he told me he took medication for PTSD and he wanted to end his life," said Ripani.

Ripani, responsible for answering calls and dispatching State Parks rangers, lifeguards, federal park rangers and fish and wildlife wardens in 40-plus counties, was the lone communications operator in the dispatch center that morning.  "You have to be like an Octopus," she joked.  "It's very challenging."  While juggling other dispatch calls, she calmly and gently kept the man talking, attempting to get him to disclose his location.

"I needed to stay on the line with him until a ranger arrived, there was no ranger in service, I had to call a ranger into service to help him.  I kept asking him about his little girl and his family members," said Ripani. 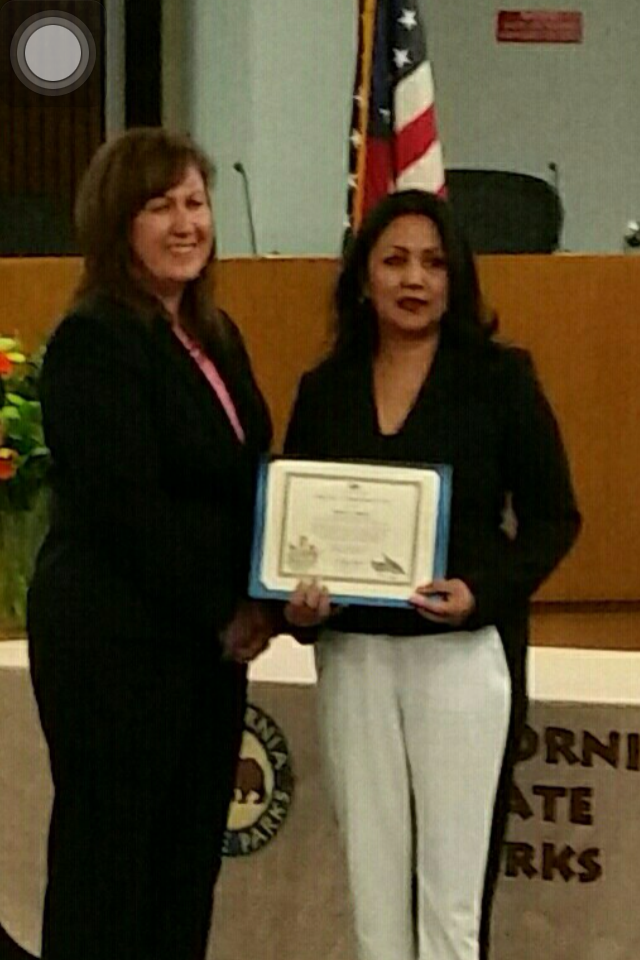 On May 6, 2015, Ripani was given a special commendations award by State Parks Director Lisa Mangat for her excellence in service in handling that call.  "It was an amazing experience receiving that award," said  Ripani.   "My supervisors were there to support me and my family and I got to meet new Director Lisa Mangat."

Ripani has never seen or met the Veteran whose life she saved by keeping him on the line that morning, but continues to feel a sense of pride and accomplishment.  "I had to put him on hold several times as other calls came in, but, together, we hung in there, until a ranger arrived. " 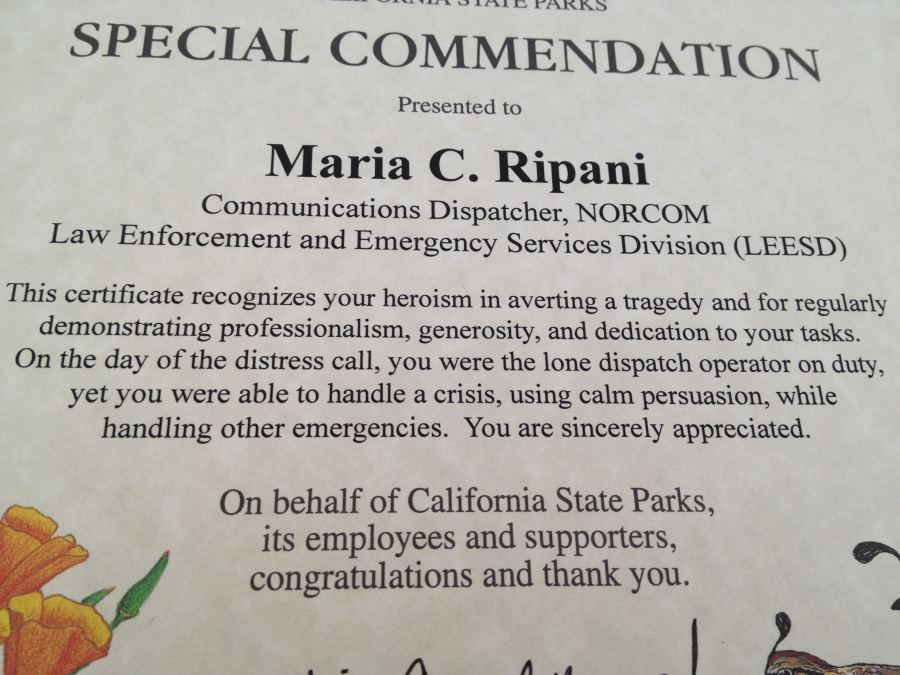