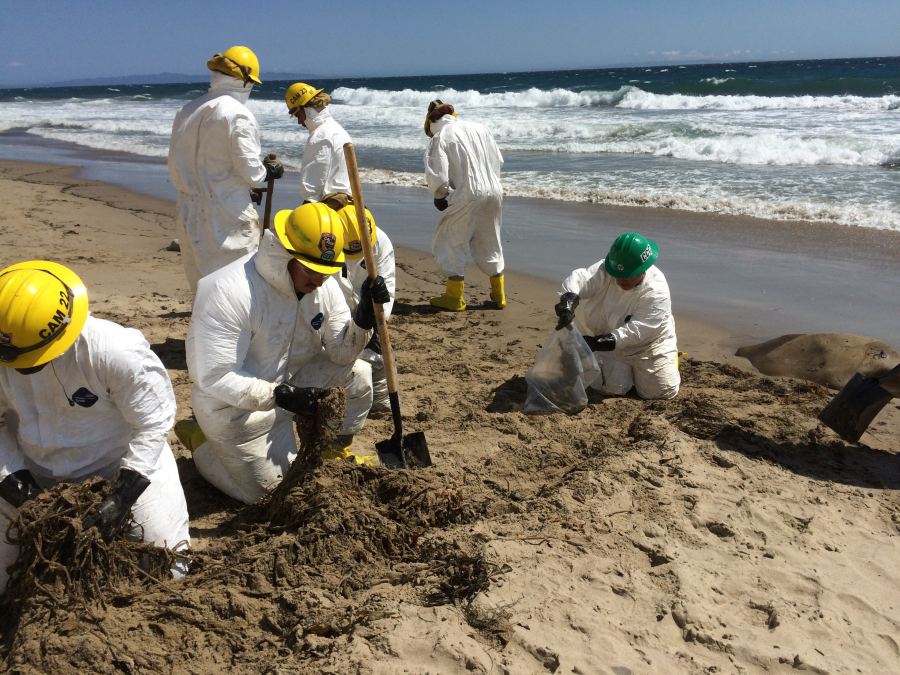 SANTA BARBARA-  When tens of thousands of gallons of crude oil spilled into the Pacific Ocean, contaminating the water and saturating the sand and soil in Santa Barbara County, some of the first responders called to the clean-up site were members of a hazmat certified California Conservation Corps crew based in Camarillo lead by California Statewide Law Enforcement Association (CSLEA) Member and CCC Conservationist Jeremy Day.

"We worked 12 to 16 hours each day," said Day.  "We did everything from set up a base camp, to oil clean up on the beach, to loading barges with absorbent booms and pom poms."

Day lead his 16 member crew in the cleanup effort for seven straight days.  Dealing with a strong odor of crude oil, the crew suited up, got on their hands and knees and began bagging contaminated soil and seaweed. 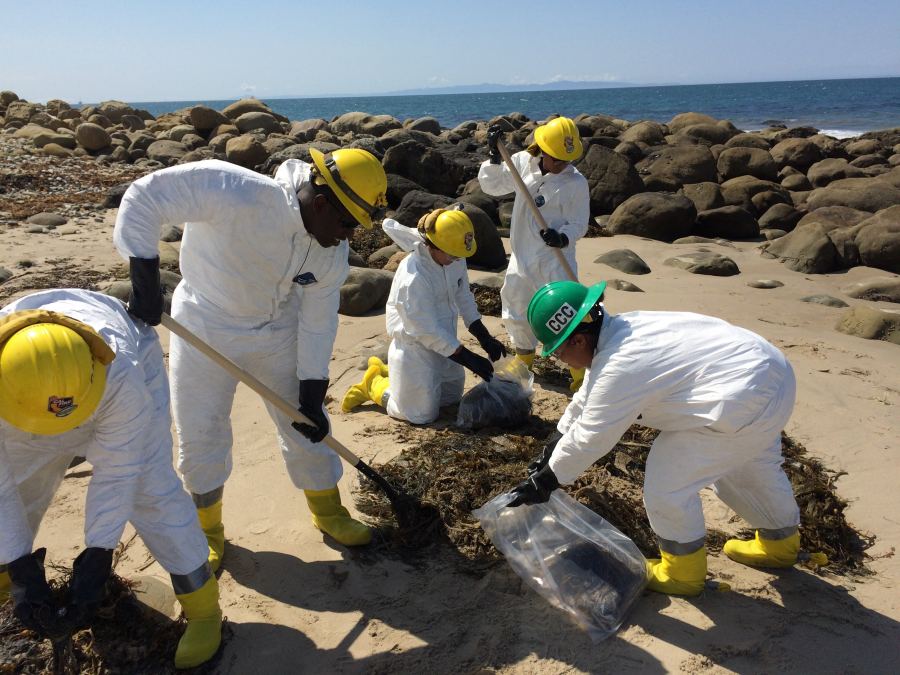 "I have seen oil spills before, but this is the first time I have responded to an oil spill in this capacity," said Day.  "There was certainly plenty of oil on the ground.  Fortunately,  we didn't see a lot of dead wildlife."

Day's crew does a lot of firefighting in the summer and is gearing up for what could be a very busy fire season as a result of years of drought.  His crew is used to long days in some of the worst working conditions.  "A lot of guys went straight to bed after our days of cleanup," said Day.

As Day and his crew worked along beaches and creeks, concerned citizens arrived inquiring what they could do to help.  Many of the would-be volunteers were disappointed when they were, at first, turned away.  The section of coast covered in crude oil was a hazardous material scene and, for the safety of all, only hazardous material trained crews were allowed to clean.   Soon after, volunteers willing to go through four hours of training, were allowed to help. 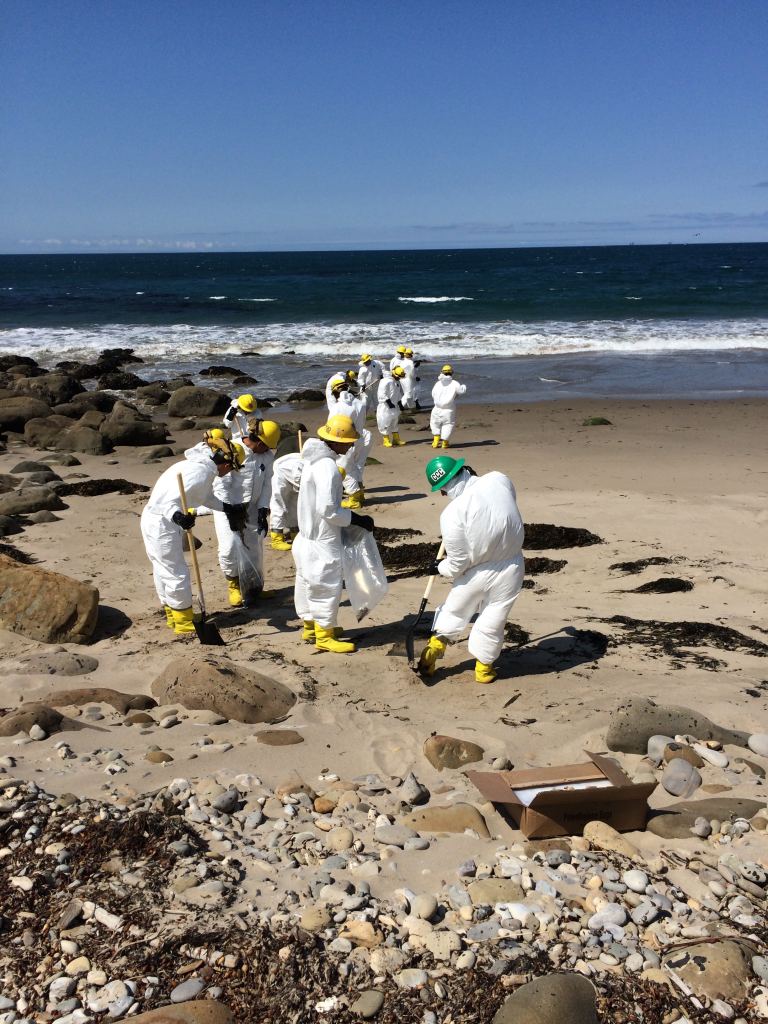 "This spill was world news, and we were a part of the emergency response," said Day.  That's what we do.  Be it flood, fire or oil spill, we are dispatch ready."

"CCC conservationists and the crews they lead and train deserve our thanks," said CSLEA President Alan Barcelona.  "They don't get the recognition that other emergency response teams do, yet they work right alongside them.  They are at the ready, they are on the scene and they help California and Californians more than most people know.  Our conservationists are often away from home for days if not weeks at a time, especially during fire season and work in conditions that include, smoke, fire, floodwater, mud, poison oak and rattlesnakes.   They're a tough breed and serve our State well."