SACRAMENTO - On June 25, 2015, California Statewide Law Enforcement Association (CSLEA) received official confirmation from California Department of Human Resources (CalHR) that pursuant to the Article 19.19 of the Unit 7 Contract, the Recruitment and Retention Pay Differentials for all Department of State Hospitals (DSH) Hospital Police Officers and Department of Developmental Services (DDS) Peace Officers, at all locations, will be increased and expanded to $800 per month effective July 1, 2015.

The letter states, "DSH and DDS along with CSLEA have brought forward significant concerns regarding the recruitment and retention for these classifications.  Accordingly, the issue is being addressed by [CalHR] consistent with Article 19.19."

The recruitment and retention differential follows constant and continued  effort by CSLEA and its affiliate,  Hospital Police Association of California (HPAC) with DSH, DDS, the Health and Human Services (HHS) Agency, the Department of Finance, CalHR, legislators, the Legislative Analyst Office, legislative advocates and journalists. 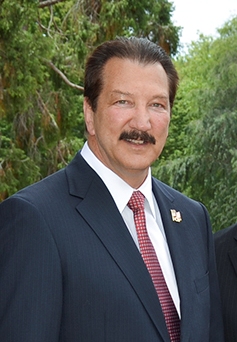 "It is rarely an easy fight convincing department executives and administrators to increase recruitment and retention differentials," said CSLEA President Alan Barcelona.  "This was a huge effort on everyone's part and we must thank those involved.  This differential works to improve a critical deficiency in hospital police officers' salaries and we will continue to fight for an end in pay disparity."

As recently as May 7, 2015,  CSLEA lobbyist Shane LaVigne presented testimony before the Senate Budget Subcommittee Hearing on Health and Human Services in support of DSH and DDS police officer recruitment and retention enhancements.

"We do want to impress upon the committee and highlight, that there is an urgent need to take immediate steps to improve recruitment and retention of highly qualified and experienced law enforcement staff," testified LaVigne.    "Some of our facilities  have vacancy rates as high as 47 percent, others 20 percent. Some of our officers are working 70-plus hours of overtime a month, pay disparity can range from 1500 to 2000 dollars a month compared to local law enforcement jurisdictions which are poaching our officers."

This testimony was consistent with the message diligently conveyed by CSLEA and HPAC officials over the last few years. "We understood that DSH, DDS, and HHS were considering numerous changes and improvements to law enforcement," said CSLEA Senior Legal Counsel Ryan Navarre.  "However, we continued to impress upon all executives that officer recruitment and retention must be a priority in order to achieve the improvements and professionalism that the departments and agency sought."

The recruitment and retention differential, coupled with the upcoming 7.67% July 2015 salary increase, is a start in rectifying the severe salary disparity between hospital police officers and neighboring local law enforcement agencies that continue to recruit DSH and DDS officers for their expertise and training in dealing with the mentally ill or developmentally disabled. 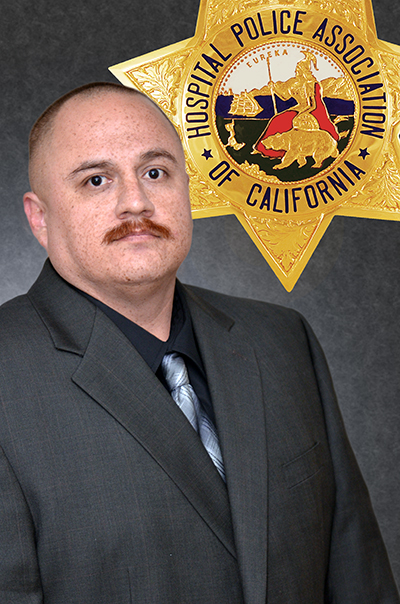 "I am pleased that the 2015 Governor's budget has approved the allocation of an $800 per month Recruitment and Retention pay for all Hospital Police Officers and Peace Officers who work for the DSH and DDS," said HPAC President Luis Jimenez.  "I am also pleased this R&R pay will apply to our Sergeants  and Lieutenants.  This  pay is long overdue and is the first step in achieving the objective of bringing our HPO's and Peace Officers' salaries to that which is comparable to those of officers in our surrounding law enforcement agencies. This could only have been accomplished through the hard work, dedication and effort by our officers on the HPAC Board, and by CSLEA lobbyists/ legislative advocates and CSLEA Senior Attorneys Ryan Navarre and Dave De La Riva. I'd personally like to thank the CSLEA Legal Division for its hard work and perseverance on addressing these matters."

CSLEA and HPAC understand that a recruitment and retention differential is just a step in addressing the problem and are optimistic that the differential will provide the officers with much needed financial relief and hopefully reduce the excessive overtime which keeps them away from their families.  CSLEA and HPAC remain focused on continuing to address the remaining salary disparity, as well as addressing "CalPERS-able" compensation.

CSLEA would like to express its gratitude to all the administrators and executives at DSH, DDS, and HHS who were supportive of this cause.  In addition, CSLEA appreciates all the assistance from the officers who gathered critical information and attended meetings which were vital during the recruitment and retention differential pursuit.  This was clearly a team effort.  CSLEA will continue to work on behalf of all members for recruitment and retention differentials where they are needed and parity of pay.