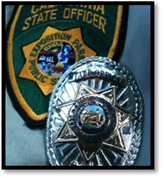 "We are meeting with our different classifications within Bargaining Unit 7 and we are determining what our members want brought to the table during the negotiation process next year," said CSLEA President Alan Barcelona.  "We are going to job sites throughout the state, sitting with our members, listening to our members and we bring all of that back to CSLEA headquarters and get to work."

The most recent worksite visit was held with museum security officers at the California Science Center in Exposition Park in Los Angeles. 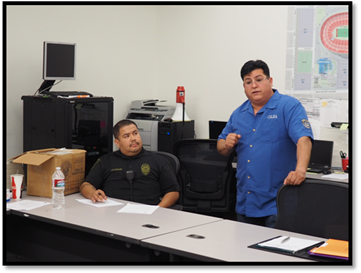 "It was a positive meeting and we will be working together to improve, among other things,  the classification of the museum security officers," said CSLEA Chief Financial Officer and California Association of Law Enforcement Employees (CALEE) President Ricardo Sanchez. 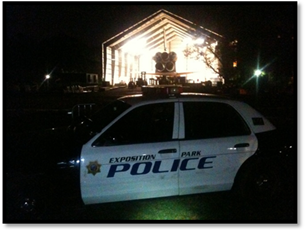 "Our members should know they have easy access to us here at CSLEA," said Barcelona.  "Our attorneys, who are each assigned to specific job classifications, know the jobs our members perform, know their supervisors and  their chain of command.   They can assist with situations that arise, as well as take down suggestions for items that might  be brought to the table during negotiations.  We encourage participation, we are stronger in numbers.  I thank the museum security officers for becoming personally involved in the future of their careers."